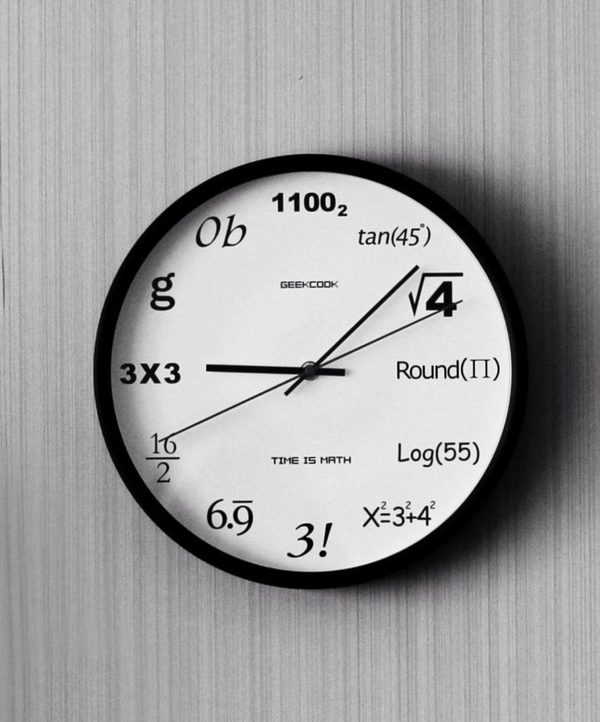 At the peak of one English summer at a seminar on Faith, Science & Academia held at Durham University, a physicist presented a talk on the similarities and differences between medieval natural philosophy and modern science. At the conclusion, an audience member asked him, “How does a Muslim scientist negotiate modern science in view of his or her faith?” The presenter answered, “They don’t have to. One’s faith does not enter into the activity of scientific discovery or the scientific method.” In the presenter’s view, scientific practice – understood in terms of a distinct method – is a black box that is not influenced by an individual’s personal beliefs. Implied in his answer is that when people walk through the door of a science lab,  they compartmentalize everything in their lives, put all personal beliefs in a proverbial box, put on the lab coat and ‘just do’ science.

The presenter of the Durham seminar addressed the question of faith within scientific practice using disinterestedness as the framework for his answer, an ideology supported by one of Robert Merton’s four norms of science (Merton, Robert K. The Sociology of Science: Theoretical and empirical investigations). This Mertonian norm suggests that scientists “should ignore all considerations other than the advance of knowledge.” This norm has also been analyzed, by The Institute for Society and Genetics at UCLA to suggest that scientists “should ignore outside influences or personal beliefs.” Overall, this leaves the impression that science was somehow devoid of implications arising from cultural or religious faith. But, is it that simple? Can we separate science from those things that concern culture and view it as somehow ‘a-cultural’?

In a previous post, Professor Narvaez states “…there is another way to think about science, one that does not exclude…the rest of life.” Understanding the distinctions between notions such as disinterestedness and detachment is instrumental for understanding how “the rest of life” is influential in cultivating a scientist’s dispositions. These distinctions provide another way forward without closing off the rest of the world from scientists or scientific practice."

Eva Saulitis, a renowned marine biologist, said that “a good scientist doesn’t have to be separate from the world to make sense of it.” She made this statement when reflecting on the beginning of her scientific career and the struggle she experienced to conform to a particular scientific mind-set. She explained that this mind-set kept her from being completely integrated with her work. The term she applies to this mindset is ‘detachment,’ and where “total detachment is the extreme of what science asks of us.” In her interview, she adds that total detachment leads to unethical behavior, such as not knowing when to back off when tracking or obtaining tissue samples, activities that upset the whales and cause adverse behavior.

Saulitis’ statements are applicable to this post as they stand in stark contrast to what the presenter said on that summer afternoon in Durham. For Saulitis, being a scientist is about being part of the world; for the presenter, being a scientist is about maintaining a separation between the scientific method and life. Since then I have found that Saulitis is not alone in applying the term detachment to science. In Who’s Asking, Medin and Bang use the expression ‘detached’ to refer to the position that scientists take when describing how not to get too close to their subject matter. Similar to disinterestedness, this notion of detachment implies that one should ‘ignore all considerations’ and ‘outside influences or personal beliefs’ when conducting science. Detachment also denotes notions of being disconnected from the subject matter, of being completely objective, and resonates with disinterestedness, as Merton phrased it, to be “focused exclusively on the scientific significance…with no concern for…its social repercussions generally.” On this consideration alone, these two terms can be seen to be very similar.

Detachment and a standpoint of interacting

However, as Saulitis emphasizes, detachment involves extremes which allow us to understand situational contexts more meaningfully than disinterestedness. This context concerns how researchers perceive themselves to be connected to nature and the subject of their scientific research. Ultimately, what matters is understanding the appropriate or right way of being detached. The implications of being totally detached result in unethical behavior, and conversely, being detached in a right way, or connected to the subject in an appropriate manner, may have a profound impact on the scientist and the experiment. Saulitis expands on this notion of detachment by describing how wonder and awe are important qualities of a scientist. Wonder is contextualized as a certain way of showing respect in the way one interacts with the subject of research. Medin and Bang qualify this as a Native American model of science, where a person considers oneself to be part of nature and the world at large that is under scientific scrutiny.

Further to the explanation of wonder, Saulitis said that every dedicated scientist feels awe. This expression of awe is described as a commitment to the object of research that leads to a deep connection to that work and the subject of that work. It is this felt sense of connection, Saulitis offers, that cultivates integration with the world which ultimately helps the scientist make sense of it. This notion of awe was similarly expressed in Gregory Cajete’s Native Science, where he states that:

Connecting to the subject of research creates an appropriate level of detachment, one that includes a consideration for the rest of life and is described as maintaining a sense of wonder and awe towards the subject.

These variations, or means of detachment, provide a more robust situational context within which to gauge the cultivation of dispositions of a scientist. To have total detachment is to be vicious, to have detachment in the right way is virtuous. Where disinterestedness is focused on one position, that of complete disconnection from the world with respect to scientific knowledge and discovery, detachment provides the means of adding subtle context to a situation. In questioning the notions of disinterestedness and detachment in light of each other and thinking of science in another manner, I have suggested how science does include the rest of life.

Virtues do not develop in a black box, uninformed by the full context of life, such as one’s community, teachers and experiences (Julia Annas, Intelligent Virtue) Therefore, a problematic tension is created when reflecting on the presenter’s answer on that summer afternoon. Science is not immune to the context of culture (writ large). Rather, knowing who is asking the scientific question, for example, constitutes an important aspect of the deep context that influences the developing dispositions of a scientist. That science is impacted by culture is not a new idea. Nonetheless, the subtle nuances of context discernable by questioning the differences between disinterestedness and detachment can add to understanding the ways in which culture impacts science. In so doing, the pitfall of relativistic arguments commonly associated with the social studies of science (Helen Watson-Verran & David Turnbull, Science and Other Indigenous Knowledge Systems) and ethics (James Laidlaw, The Subject of Virtue: An Anthropology of Ethics and Freedom) are avoided.

Consequently, and in light of this, the person who asked the question about faith and science in that Durham seminar, may have received a different answer. Degrees of connection as experienced through wonder and awe, as found within the means of detachment, provide an avenue for understanding the deep context that makes scientific practice and the cultivation of scientist’s dispositions distinctly moral.

Originally published by Dori Beeler at ctshf.nd.edu on September 11, 2017.