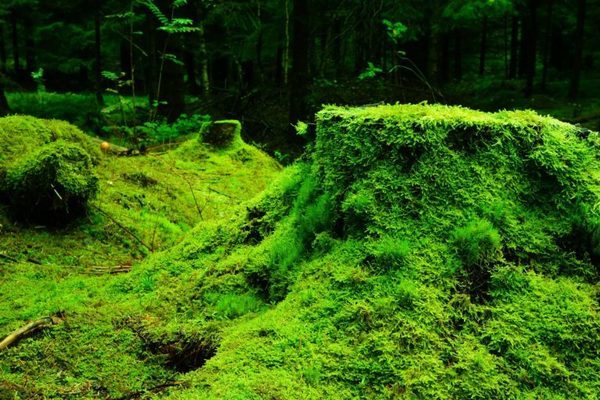 For half of my childhood, I lived intermittently in the same Minnesota neighborhood but otherwise lived abroad—an experience that often expands one’s imagination. It did. After the first trip, I never fit in with my Minnesota peers who seemed largely unaware of the global community.

But I also grew up in a fundamentalist Christian family which typically has the opposite effect—curtailing one’s imagination. Indeed, like a good fundamentalist, I learned to distrust the secular world and became anti-intellectual. I distrusted the business world and science. Eventually I went to seminary looking for the truth. How disappointing. I found there that truth was not the winner, only louder voices.

As often happens when you are vehemently against something, I ended up starting my own business, and now I’m in an intellectual career. So much for pledges. Moreover, disappointed with theology, I came to (social) science seeking truth. I spent many years running experiments. But I see now that science, too, offers a limited truth, often a misleading truth, about how the world works. It controls so many “extraneous” variables that the results are often inapplicable to everyday life. In seeking universal laws, it violates a law of nature, individual differences in every form of life. And, science typically fails to attend to flourishing as it compartmentalizes itself from the rest of life, (mistakenly) presuming that values reside in a different realm. At least this is how science operates in the dominant society.

But there is another way to think about science, one that does not exclude flourishing and the rest of life. And it has been around for some time. At a recent conference held at Notre Dame, several speakers presented this older, more widely-established way of investigating the world. The conference was called, Sustainable Wisdom: Integrating Indigenous Knowhow for Global Flourishing. (Speaker videos are at the website).

I focus on one speaker, Dr. Robin Wall Kimmerer who teaches in the Environmental and Forest Biology Department at SUNY-ESF. She teaches courses on Land and Culture, Traditional Ecological Knowledge, Ethnobotany, Ecology of Mosses, Disturbance Ecology, and General Botany. As a Potawatomi, she is director of the Center for Native Peoples and the Environment. Her first book, Gathering Moss: A Natural and Cultural History of Mosses, won the John Burroughs Medal Award. Her second book, Braiding Sweetgrass: Indigenous Wisdom, Scientific Knowledge, and the Teachings of Plants, received the 2014 Sigurd F. Olson Nature Writing Award.

(Note: I include information from her talk, her 2013 book, and quotes from an interview at The Sun Magazine.)

How did Dr. Kimmerer get interested in plant science?

“I suppose it was their great diversity of form that first drew my interest: that on a small patch of ground there could be so many different ways to exist. Each plant seemed to have its own sense of self, yet they fit together as a community. And each had a home, a place where I knew I could find it. This inspired my curiosity.

How did she relate to plants?

“From as far back as I can remember, I had this notion of plants as companions and teachers, neighbors and friends. Then, when I went to college, a shift occurred for me. As an aspiring botany major, I was pressured to adopt the scientific worldview; to conceive of these living beings as mere objects; to ask not, “Who are you?” but, “How does it work?” This was a real challenge for me. But I was madly in love with plants, so I worked hard to accommodate myself to this new approach.”

She told the story of how when interviewed for graduate school she was asked what brought her to apply. She said it was the beauty of wild asters and goldenrod which bloom together. What made them do that? She was told that beauty had nothing to do with science.

How did she start to integrate her relational knowledge with her scientific knowledge?

“Later in my career, after I’d gotten my PhD and started teaching, I was invited to sit among indigenous knowledge holders who understood plants as beings with their own songs and sensibilities. In their presence, and in the presence of the plants themselves, I woke from the sleep I’d fallen into.”

What had she forgotten?

“I was reminded of what I’d always known in my core: that my primary relationship with plants was one of apprenticeship. I’m learning from plants, as opposed to only learning about them.”

In her 2016 conference talk, Kimmerer used the analogy of science as a fortress, laid brick by brick, with the knowledge produced mostly isolated from real-life situations. Moreover, other-than-human entities are objectified, excluding them and their treatment from moral concern.

She proposed a new way to understand the scientific endeavor. The alternative approach involves attending to relationships.

In Native American lore, the “three sisters” represent the cooperation among three plants with compatible growth cycles and preferences: corn, beans and squash. The corn grows a tall stalk upon which the beans circle, protected from harsh sun by corn leaves, and the squash hugs the ground to keep in moisture. The triad provides the soil nutrients and environment to help one another flourish.

Kimmerer calls the alternative approach to science Native Science Foundations. She used as a metaphor the three sisters. In terms of science, corn represents traditional elders’ knowledge, the intellectual scaffolding of deep understanding of things (practical wisdom based on extensive relevant experience). Beans represent contemporary science’s approaches, ways that enrich traditional knowledge with explanation, for example, the mechanisms for a particular phenomenon.

“Both Western science and traditional ecological knowledge are methods of reading the land. That’s where they come together. But they’re reading the land in different ways. Scientists use the intellect and the senses, usually enhanced by technology. They set spirit and emotion off to the side and bar them from participating. Often science dismisses indigenous knowledge as folklore — not objective or empirical, and thus not valid. But indigenous knowledge, too, is based on observation, on experiment. The difference is that it includes spiritual relationships and spiritual explanations. Traditional knowledge brings together the seen and the unseen, whereas Western science says that if we can’t measure something, it doesn’t exist.”

Robin Wall Kimmerer, gives us a unifying vision of modern and indigenous ways, of a scientific approach that honors the traditional knowledge gathered over generations, decades and sometimes centuries, what the ancients called Phronesis—practical wisdom, a knowhow that relies on intuition built from experience salted with deliberation. She describes a virtuous approach to science where life and situations are taken into account, where emotional commitments are not laid aside, where the scientist treats their subjects with dignity. Science of this sort is embedded in relational values, and guided by those values to support flourishing for all. Working with natural systems as partners instead of against them offers a holistic way forward out of the destructive approaches that dominate the planet today.

Gathering Moss: A Natural and Cultural History of Mosses

Originally published by Darcia Narvaez at ctshf.nd.edu on October 26, 2016.