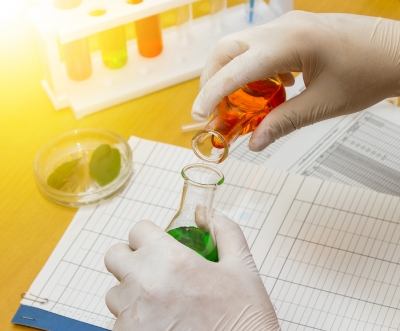 As an anthropologist, I find it important to review ethnographic texts on any aspect of research. Such reviews provide secondary data and analysis that offer insight into aspects of a community or group. These texts also shed light on what questions were asked and what sort of knowledge the answers created.

Seldom will anthropologists ask the same question over the course of several ethnographic representations. Rather, each is meant to build on the previous work, asking new questions and developing new insights while recognizing the changeability of communities over time. Moreover, the in-depth interview data, direct quotes, and descriptions of the community help determine what gaps exist in previous work, which informs new research questions. While previous ethnographers may not have spoken directly about virtues, they did document scientific activities, dialogue, and motivations. These secondary data and analysis are instrumental in providing valuable insight into an ongoing understanding of virtues within scientific practice.

(Re)Discovery of Virtues in Science

As my colleague, Dr. Louise Bezuidenhout and I prepare for our ethnographic data collection for the Developing Virtues in Scientific Practice Research Project, we are looking to previous ethnographic texts for evidence of virtues. While this was not the question for many of these texts, traces of virtue are visible within analysis of scientific practice. What we are looking for are habits and dispositions that are fostered in laboratory practices with the aim of achieving a particular good. Ultimately, these goods are beneficial for the pursuit of a happy or flourishing life. The most useful ethnographic texts for this review have been those that include secondary data in the form of representation and analysis of the direct quotes taken in interviews. Below, I refer to Paul Rainbow’s Making PCR as one of many examples that serve this purpose.1

Making PCR is an ethnographic account of the invention of the polymerase chain reaction (PCR) in the 1980s. What raises the stakes for this discovery is that Kary B. Mullis alone from the Cetus lab received the Nobel Prize; this singular reception is contested as others in the lab felt the discovery was a joint effort. This text is relevant to our project in two ways. First, it addresses a gap in classic laboratory studies by articulating science as a particular practice and a vocation. Second, it provides information pertaining to aims and motivations of each scientist. Making PCR speaks to the expertise and knowledge of the scientists who invented PCR, resulting in descriptive ethnography inclusive of behaviour and context.  Interestingly, Rabinow does explore virtue explicitly in his introduction. He suggests that virtues have been redefined and recombined to produce different subjects and objects and subsequently different scientists. Much of the dialogue and analysis in this text moves towards a detailed understanding of the invention of PCR, leaving it for the reader to determine what is meant by “different scientists.” Below, I present a brief quotation from Mullis followed by Rabinow’s analysis:

“I had just started computerizing everything in the lab . . . I could find out all kinds of information from just having all the analytical instruments in the lab tied to computer routines that people would have to run that would make files, and I could look up and find out what had happened—and nothing much exciting was happening anyhow . . .”

Mullis became intrigued by iterative processes known as “loops,” which were well known to computer programmers . . . but foreign to biochemists, who rarely thought of repeating an operation over and over again. Tinkering with intention, . . . . Mullis began to explore exponential amplification—perhaps the key original element in his overall conception of PCR.2

In looking at this brief passage, we can distinguish a disposition leaning towards a virtue of discovery: the ability to arrive at new insights and move beyond what one has been taught by others. The original aim of PCR was to create a technique that would quickly and reliably provide unlimited amounts of the material that molecular biologists and others needed to do science. As Rabinow recognizes, in order to create this particular good, Mullis took knowledge of computer programming and applied it to his PCR work. More importantly, he did this with an intention that in the end created new insights in the laboratory and allowed his team to move beyond what they were taught about biochemical lab work. Overall, one might also conclude that Mullis displayed studiousness in a keen application of the mind to something that sparked biotechnology.  One might also suggest that he had perseverance in that he endured in achieving the goal of PCR despite his co-workers distrust of his every effort.

An observation we make in our own work is the following: in knowing the full context of a situation and all the dispositions that constitute a person’s character within the lab, how does scientific practice help nurture a virtuous disposition?

While this passage from Making PCR and additional context suggest an overall virtuous scientific character, Mullis’ lack of other key virtues such as observance and affability suggest otherwise. For example, one Cetus scientist reflects, “PCR is . . . one of the classic examples of teamwork . . . If Kary acknowledged these people it would be easier to take. We viewed PCR as a means . . . .Kary seems to have viewed it as a means to celebrity.”3  A lack of collegial dispositions led to disruptions in the laboratory and the ongoing dispute of who should be awarded the Nobel Prize. As a Nobel Prize recipient, Mullis could be perceived to be an exemplar scientist if judged only by his work. However, the reality as it pertains to everyday practice in the lab is questionable. This review of secondary data and analysis shows us how important the full context (motivations, actions and perceived goods) of any situation is to an analysis of virtue. Lastly, it demonstrates how complex an understanding of the virtues in the practice of science really is.

Originally published by Dori Beeler at ctshf.nd.edu on July 21, 2016.