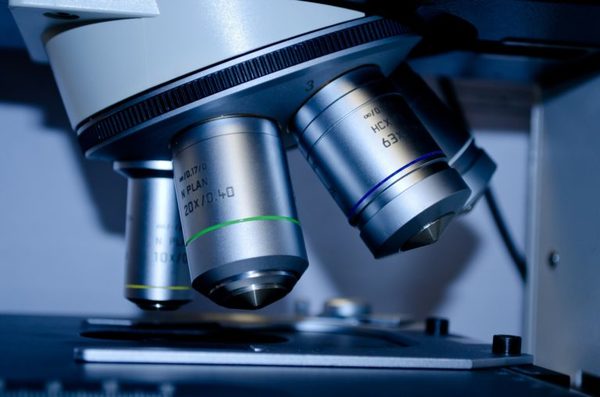 Concerns about the reliability of biological research are growing. Almost every day the blog Retraction Watch publishes new retractions of scientific papers, and many of them are in the biological sciences. While sometimes scientists engage in fraud, other papers are retracted because of the sloppiness of published results.

Actually, a 2013 study on BMC Research Notes, considering a sample of 244 retractions, noticed that the majority were due to ‘mistakes’ (28%) rather than full-fledged fraud. ‘Mistake’ is defined briefly as ‘mistake concerning data’, which surely includes sloppiness, or simply the fact that the authors’ conclusions were drawn based on insufficient or badly-produced data. As I have already pointed out in a previous post, ‘sloppiness’ may be caused by several reasons, but the extreme competition of contemporary science undoubtedly creates a fertile terrain for epistemic corruption. By ‘corruption’, I do not mean an individual moral failing, but simply that the present environment is corrupting the scientific ethos, that is, the moral, deontological, and epistemic norms grounded in the scientific method that regulates the functioning of the scientific community. The replication crisis then is not a crisis of the scientific method or the scientific ethos (however it is understood) per se, but it is a crisis of the force that this method or the norms related to the scientific ethos have in constraining scientists’ activities. Solving this crisis will need several practical reforms in different contexts, but it will be also a matter of recovering certain regulative ideals in scientific practice and the formation of the next generation of scientists. One way to do this is by looking at exemplars, and the

Enlightenment was surely an epoch where the attention towards the ethos of science was a central focus. One author that offered a compass on this matter is Denis Diderot (1713-1784). In his Thoughts on the Interpretation of Nature, Diderot discussed, though not in a very systematic way, desiderata of experimental science. In doing so, he also discussed indirectly the kind of virtues that the scientist qua scientist has to cultivate in order to fulfill the norms of the scientific community. He did not explicitly use the language of ‘virtues’ and ‘vices’, but he extensively appealed to character traits that an experimental scientist needs to have in order not to damage science.

First, a scientist needs to consider that the scientific enterprise is without end, and this should lead scientists to cultivate humility. Diderot wrote that “[e]ven if experimental science continued to work for century after century, the materials which it accumulated would eventually have become too great to fit into any system, and the inventory of them would still be far from complete” (Section VI). Being humble has the consequence that, whatever the scientific method is, it is something similar to a sort of falsificationism. As the sociologist Riccardo Campa notes in his Ethics of Pure Science, Diderot may be considered a sort of Popperian ante litteram. As Diderot said in Section XLII, “Once one of those systems requiring experimental verification has taken shape in the mind, it is a mistake to adhere to it too stubbornly, or to abandon it too readily. (…) Those [i.e. ideas, hypotheses] which look more plausible should be pursued, and those which appear to be leading to a significant discovery should not be abandoned until one feels defeated.” Diderot’s falsificationism is not just a methodology in an epistemic sense, but it is also, in another sense, a virtue, because it is associated with character traits such as patience and open-mindedness. In other words, Diderot claims that scientists can always do better, and that in order to do so they need to be patient, humble, and open-minded. Therefore, following the scientific method is also inextricably related to being a specific type of person with specific traits. Since most of the retraction falling under the label of ‘mistake’ in the BMC study can probably be associated with stubbornness or lack of patience in providing the right amount of evidence to support hypotheses, then one of the causes (among the many) of the scientific crisis lies in educating future scientists only as experts, and not also as persons.

“When we have taken the wrong road, the faster we walk, the more we go astray. But how can anyone retrace his steps once has covered a huge distance? Sheer exhaustion does not allow him to do so; and vanity, too, bars our way without our realizing it; (…) Things are then no longer seen as they are, but as they ought to be” (Section XLVIII). While, again, Diderot did not refer here to virtues and vices, his words may be read exactly by appealing to that vocabulary. His metaphor of going more astray by walking more quickly down the wrong can be interpreted exactly in the way that the more we cultivate (epistemic) vices, the more difficult it is to get rid of these entrenched habits. This passage makes clear that a scientist cultivating vices instead of virtues can potentially damage science. But here there is something that has been neglected when the analysis of scientific knowledge is concerned. If, as Diderot says, being a scientist is following a certain method, and following a certain method can be properly done only if you do not take the ‘wrong road’, and if this can be interpreted in the sense of relating scientific practice to becoming a specific kind of person (i.e. by cultivating specific character traits), then the scientific method has not only an epistemic dimension but also a moral one. Though Diderot did not say this explicitly, it seems to me that he thought that becoming that particular kind of person (i.e. a good experimental scientist) is a good thing per se. Therefore, following the scientific method properly is acting in a way that is not only instrumentally good (i.e. achieving epistemic goods), but it is also good per se (i.e. we become virtuous persons, or in this case virtuous scientists). While this may sound all very abstract, a long-term plan against the current scientific crisis should also start from this idea, with the clear aim in mind that educating scientists is not only transforming lay people into experts but also making people virtuous according to specific criteria that the scientific ethos would consider as important for the scientist qua scientist.

Originally published by Emanuele Ratti at ctshf.nd.edu on November 10, 2016.