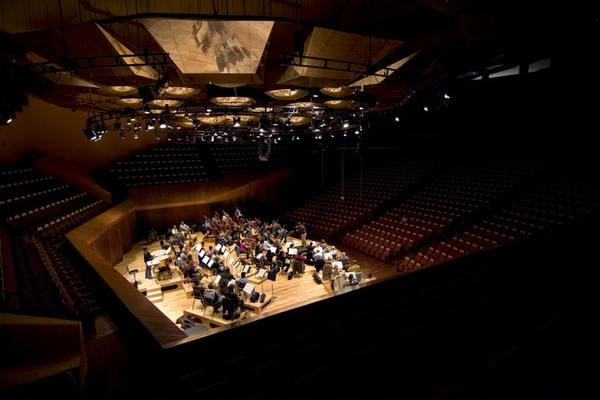 What is a talent? How should a talent influence someone’s life? These are two questions I’ve been asking as I interview scientists. Perhaps you have your own theory of talent. Most scientists describe talent as a particularly strong capacity or potential that an individual has. In thinking about how that should influence someone’s life, they often mention that even with talent, if a scientist is not motivated in an area, that talent need not be pursued.

So we begin with a two part model of talent. First, talent is indicated by competence or potential. After all, even those born with a talent need to develop it. Being born with perfect pitch doesn’t mean that you don’t need to learn musical notation to write music. Nonetheless, we have decades of scholarship on how to develop talents, in general and in particular domains such as math, science, music, and writing. There is even a National Research Center for the Gifted and Talented, located at the University of Connecticut focusing on such research, largely in primary and secondary education.

Talent is also bound up with motivation. Continuing with the example of perfect pitch, it may be quite common for those with perfect pitch to become frustrated at learning musical notation, as they just ‘get’ musical tonality in a way that those of us without perfect pitch may never really experience. Things that come too easily can become boring. Someone with perfect pitch may also have adults who push them so hard that they become frustrated. If you think this is far-fetched, consider that the results of the largest international study of math and science, the TIMMS, shows that countries with higher math and science competence tend to have students who are least interested in math and science careers, while countries with lower scores often have the students who are most interested in such careers. Motivation and competence are often competing ends.

Is a two part model of talent enough, or is there something more we mean when we talk about talent? To consider this, let’s compare two examples. In one case, we have a thoroughly competent and highly motivated scientist. This scientist does one’s work day in and day out, collaborating with other scientists and making some contributions to the field. In another case we have a scientist who is both competent and motivated as well, but this scientist is also highly creative. The latter scientist is able to see connections and possibilities that the first scientist is not, drawing in ideas from seemingly unrelated research and making especially surprising discoveries. Other scientists look to this creative scientist for inspiration. Some might say that this kind of creativity is implicit in scientific competence, but if you consider competence in related domains, such as mathematical calculation, creativity doesn’t necessarily come into play.

What I’ve just described is in fact a theory of talent identification developed over thirty years ago by one of the world’s leading talent development researchers, Joseph Renzulli. Especially in the last 15 years, Prof. Renzulli and his colleagues have been considering how the combination of creativity, motivation, and competence can allow young people to contribute to the world (the exact phrase he uses is ‘promote social capital’). Perhaps surprisingly, his Operation Houndstooth model bears a striking resemblance to some conceptions of virtue. It is an integrative model, recognizing a unity of virtues, as each factor is interrelated. It includes hope, courage, an analog for temperance (romance with a discipline), an analog for charity (sensitivity to human concerns), and vision (speculative intellect), all organized by wisdom.

Perhaps this approach to the development of talent has something to teach researchers interested in virtue? Consider for instance, the example of Melanie, a talented fifth grader who, on realizing that Tony, a partially-sighted third grader at her school, was being bullied, decided to create a project to help him. Melanie organized students to write and illustrate large-print books so that Tony might have something to read, demonstrating creative leadership by motivating peers and organizing them to complete a complex project. This project, an outgrowth of the talent development program at the school, had a profound effect on the culture of the school. Tony emerged not a pariah but a hero over the course of Melanie’s project, as the older students cared for him. Further, these large-print books, made by fifth graders (the oldest and so most popular students at the elementary school) became popular among all of the students at the schools, with and without vision difficulties.

All of this begs the question: can we organize science education in primary and secondary education to promote similar ends, and so to help develop talented scientists to contribute to the world? Perhaps the talent development model used at Melanie’s school, in association with an emphasis on the good that student projects can do, would foster such outcomes. This model focuses on three stages: a phase focused on the exploration of interests and motivations, a stage focused on the development of knowledge and skills, and finally self-directed projects, with the guidance of adults, through which students can express their creativity and contribute to their school and community. A successful program like this, it seems reasonable to say, fosters not just scientific talent, but virtuous scientific talent.

Originally published by Timothy Reilly at ctshf.nd.edu on February 15, 2018.