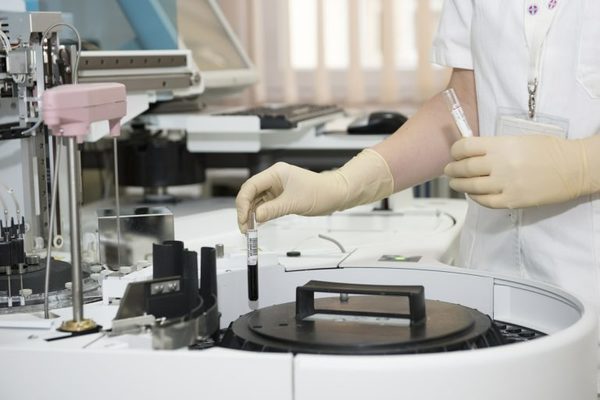 “Science deals with facts. It can’t tell us what to do or what’s important.” Such claims are commonplace, safely insulating science from ethics and protecting both. Among philosophers, this view is often known as the fact/value distinction: though science can reveal facts about the world – how fast a steel ball will roll down an incline plane or whether an enzyme might catalyze a reaction – it cannot tell us the significance of those facts or what we ought to do with that knowledge. Only our ethics – our views about fundamental values and goals for human life – can bring meaning to scientific results.

The fact/value distinction has a long and tangled history, but it is closely associated with the great German sociologist and economist Max Weber.

Speaking to German undergraduates at the University of Munich in 1918, Weber chastised them for fleeing to university lecture halls amidst the ashes of World War I demanding to know “What shall we do, and how shall we arrange our lives?” The true scholar – Wissenschaftler, or scientist, in the broader German sense of that word – was not “a prophet or a savior,” Weber insisted.1 Though people had once looked to science “to show the path to God,” or at least “the way to happiness,” no honest and self-aware scientist could now accept that burden. In response to such expectations, Weber approvingly quoted Tolstoy’s damning indictment, “Science is meaningless because it gives no answer to our question, the only question important for us: ‘What shall we do, and how shall we live?’”2 Science, it seemed, had nothing to do with ethics.

Yet despite that emphatic declaration, Weber’s message to his students was more complex than these quotations suggest. The title of Weber’s lecture, “Wissenschaft als Beruf,” could readily be rendered as “Science as a Profession,” or “Science as an Occupation.” But when Hans Gerth and C. Wright Mills first translated Weber’s essay into English, they opted for a more loaded phrase: “Science as a Vocation.” And they were right to do so. Far from divorcing science from ethics, Weber was saturating science with ethics. Though Tolstoy correctly insisted that scientific knowledge on its own could not tell us what to do or how to live, Weber saw the practice of science as rich in moral value and virtue. Indeed, Weber hoped to persuade his audience that the pursuit of science offered a compelling answer (perhaps the only honest and intellectually rigorous answer) to Tolstoy’s question, “What shall we do?”

For Weber, the truth in Tolstoy’s assessment lay in its accurate depiction of scientific knowledge. Modern science was above all founded on description and experiment, with the former generally in service of the latter. Ultimately, science aimed to create predictive knowledge, to know that doing Y would lead to Z, either absolutely or within certain precise statistical bounds. In philosophical terms, scientific knowledge was instrumental. More informally, we might say that science provided knowledge of techniques, of what you needed to do to accomplish a particular task. Even when science did not offer a prediction – as in evolutionary theory, for example – its explanations nonetheless offered a historical analysis of technique: the sequence of events (A leading to B) that had led to the world as we know it.

Weber was well aware, of course, that mere accumulation of techniques told you nothing about when to use them, or even if such a collection was worthwhile. “Natural science gives us an answer to the question of what we must do if we wish to master life technically. It leaves aside, or assumes for its purposes, whether we should and do wish to master life technically and whether it ultimately makes sense to do so.”3 Science, Weber recognized, was not a self-justifying activity; there was no scientific answer to the question of whether science itself was a meaningful pursuit. That conclusion left Weber with a challenge: on what grounds could one persuade a student to take up science? Was the teacher of science merely an exalted merchant of power, who sold knowledge about techniques “much as the greengrocer sells my mother cabbage”?4 Or could science have a richer moral quality? Could it be a calling?

Science as a Vocation

Though science per se could tell us only about techniques, Weber insisted that such knowledge could nonetheless have ethical ramifications. Science could tell us that the result of X was Y, or that to reach B, we would need A, and in doing so, it showed us the consequences of doing X or seeking B. Science thus brought to light “inconvenient facts” and helped its adherents achieve “clarity.” By helping people see the consequences of their ideas, the potential tensions between their convictions, or the paths and outlook they must adopt should they wish to achieve certain ends, science could press them “to give…an account of the ultimate meaning of [their] own conduct.” That, Weber concluded, “appears to me as not so trifling a thing to do;” on the contrary, it put one “in the service of ‘moral’ forces.”5

Weber’s lecture thus embodied a subtle irony of which he was surely aware. Though he repeatedly rejected students’ demands that university faculty use their scientific authority to provide moral guidance for German society, his lecture nonetheless crafted a deeply ethical vision of science itself. Science did not prove an ethos; it was an ethos. The pursuit of science, Weber insisted, was the only intellectually responsible way to clarify a given Weltanshauung (worldview) and render it coherent, modifying or discarding it as necessary. On those grounds, science was “more than a mere intellectual task”; pursuing science became a “moral achievement.”6

We might take issue with Weber’s limitation of science to technique, and indeed to his constriction of rationality to technical knowledge. Yet he reminds us that even on that narrow view, science could be a deeply ethical enterprise. Of course, we could also adopt the “greengrocer” perspective—scientist as merchant of power—an attitude that Weber dolefully noted was particularly characteristic of Americans. But that would be a choice, and one with its own ethical consequences.

Originally published by Thomas Stapleford at ctshf.nd.edu on August 12, 2016.