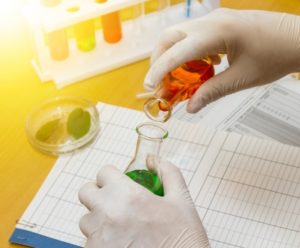 In a previous blog post I wrote on Epistemic Virtues and the Scientific Self, I introduced the topic of epistemic values/virtues, namely those characteristics of theories and models that we value and think are a measure of the adequacy of such theories/models. In philosophy and history of science, epistemic values include empirical adequacy, internal consistency, explanatory power, etc.

They are called ‘epistemic’ because they are thought to advance knowledge and aim at ‘truth’, whatever we mean by ‘truth’. Philosophers in the past have focused on two big groups of values – epistemic and nonepistemic.

The narrative was that epistemic values are the only legitimate values in scientific research, while nonepistemic values (social, political, moral, etc.) are not. While probably many scientists would be perfectly fine with such a distinction, in the last twenty years or so, philosophers have proposed other distinctions that rectify ambiguous aspects of the epistemic/nonepistemic distinction. Today I will introduce the topology of values proposed by Heather Douglas in her book Science, Policy and the Value-free Ideal. This is a well-known book in academic philosophy, but as a reading is not necessarily a technical philosophical book. Hence, people working in other fields can approach the book.

The topology of values proposed by Douglas is presented in Chapter 5. I think it is particularly important to understand the relation between science and values in general because, even though it puts serious limitations on the role of values in science, still it does not ground the value-free ideal of science by other means. Rather, it shows that the relation between science and values is just very complex and that there are important distinctions that could be used as heuristics to evaluate different cases.

The first step towards the understanding of the relation between science and values is to recognize that the epistemic/nonepistemic distinction has serious limitations. There are many reasons for that. First, it is quite notorious that sometimes nonepistemic values function as epistemic values. But most important, as Larry Laudan notes in a chapter of this book, important epistemic values are not really epistemic. The fact that a theory unifies more than another does not mean that the less unifying theory is false. The same applies to other topical epistemic values as explanatory force or even predictive force. What have been called ‘epistemic values’ are, according to Douglas’ analysis, cognitive values. In fact, such values “help one think through the evidential and inferential aspects of one’s theories and data (…) ©ognitive values embody the goal of assisting scientists with their cognition in science.” In a sense, cognitive values are about the fruitfulness of research. But Douglas recognizes that there are some epistemic values that are close to being epistemic. For instance, empirical adequacy and internal consistency are importantly related to truth, though weakly. The idea is that if a theory is not internally consistent nor empirically adequate then we have good reasons to think that there is something wrong with it. But they do not function as values – they function in a negative way, because “[t]he goal of science – reliable knowledge about the world – cannot be achieved without meeting these criteria.” About nonepistemic values, Douglas splits this group in two. First, there are ethical values, which “help us weigh whether potential benefits are worth potential harms, whether some harms are worth no price, and whether some harms are more egregious than others.” Second, there are social values that arise as the result of what a particular society values at a specific time. Of course, ethical and social values are related, but they may be in conflict.

But Douglas’ work is not limited just to the expansion of the taxonomy of values. Actually, she distinguishes between different roles that values may have. Values can have a direct role in science, namely that values “can act as reasons in themselves to accept a claim, providing direct motivation for the adoption of a theory.” Indirect roles determine the importance of uncertainty related to the evidence accumulated, but values do not compete with evidence. Importantly, adding evidence “makes the values less important in this indirect role, as uncertainty reduces.”

The important thing to notice is that values – be they cognitive, ethical, or social – should not play a direct role in evidence appraisal. Values can play direct roles in other occasions (like selecting a research topic, deciding which methodology to use, etc.) but in evaluating evidence they should not interfere. In fact, “the value only serves as a reason to accept or reject the current level of uncertainty”., but values are not evidence. Therefore, while Douglas dissects the anatomy of values and their roles in science, she still thinks that they do not play a direct role in the actual scientific activity of interpreting data and accepting a claim (though indirectly they can).

Originally published by Emanuele Ratti at ctshf.nd.edu on November 24, 2017.