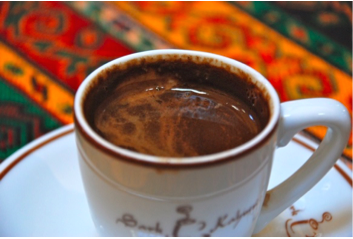 John Oliver recently asked on Last Week Tonight. The simplest answer is, no. It’s an imperfect practice, but not nonsense. Yet one need only turn on the nightly news to be reminded that there is a lot of malarkey masquerading as science. “A new scientific study has shown…” is the refrain of media sound-bites.

Among the gems in Oliver’s collage are the following “scientific” headlines: “Hugging your dog is bad for your dog”, “Drinking a glass of red wine is just as good as spending an hour at the gym”, and the crowning jewel, “scientists say smelling farts might prevent cancer.” Some are baffling, others ridiculous.

Sham Science: Who’s to blame?To add to the confusion, studies have shown that certain foods and drinks, like coffee, have beneficial and detrimental effects. Oliver hyperbolically concludes, “Coffee today is like God in the Old Testament—it will either save you or kill you depending on how much you believe in its magic powers!” The insinuation, of course, is that both God and science (or at least, the science of coffee) are figments of our imagination. Nonetheless, Oliver spends the bulk of this episode defending the latter from its tarnished reputation.

The problem, in his view, is that we do not distinguish between good science and what I’ll call sham science. Who’s to blame? There are at least three culprits. First, scientists are under immense pressure to produce new, remarkable data for the sake of tenure and funding. To fabricate results, some scientists succumb to the vice of “p-haking,” manipulating data to present information that looks statistically significant but is ultimately meaningless. One can find statistical correlations between eating cabbage and having an innie bellybutton or eating raw tomatoes and being Jewish. Needless to say, correlation is not causation. Moreover, there are no external incentives to do replication studies, “no noble prizes for fact checking.” And so, less than rigorous studies (sham science) are published in less than reputable journals and trickle down into less than scrupulous media outlets.

And this is the second offender: sham media. The media knows that scintillating sound-bites sell. As if playing the game of telephone, they all-too-often misinterpret reliable studies and misconstrue the results to the public. Or worse they broadcast sham science like juicy bits of gossip, as false as they are flashy. Of course, we, the eager consumers of sham science, are also to blame, the third malefactor in this trifecta. We like pop-science more for its sensationalist appeal than informational value. We love to hear our own opinions confirmed. Indeed, the proliferation of contradictory studies allows us to endorse whichever study suits our lifestyle or preference.

The problem is this saturation with sham media and sham science can cause us to loose all faith in science. If everything potentially causes and cures cancer, if the science on climate change is inconclusive, then who cares what the latest data shows? This vulgar relativism with regard to science is just as dangerous as its sibling in the moral realm. Indeed, they’re related. Science does not operate in a value-free vacuum. Values, for better and for worse, influence the studies performed, the information sought, even the results found, and their reception by the scientific community and public alike. These values increasingly take the form of corporate funding. As Oliver points out, the tobacco industry tried to leverage a sense of scientific relativism. They insisted that the science on tobacco was inconclusive long after the scientific community arrived at a consensus about its hazards. That science is a value laden enterprise does not make it relative. It means we, as a society, need to be more aware of how our values shape the practice of science and vice versa.

We have good reasons to care about good science. The internal good, the highest value, the raison d’etre of modern science is a particular sort of knowledge about ourselves and the world we inhabit. To some extent, this knowledge enables us to control and predict nature. For this reason, like a good road map, it can be quite useful for helping us to find our way about the universe we inhabit.

How do we then guard against sham science?

Certainly, we all need to do our part. The media needs to stop featuring it as a regular menu item and we the public need to curb our appetite for fluff. This will require the cultivation of various virtues. But the aim of our current project is to examine the virtues that scientists need to cultivate to resist temptations of sham science. They will need virtues (such as modesty, truthfulness, creativity, and patience) to resist the temptations of p-hacking, massaging data, or publishing false or meaningless information. They will need honesty and courage among other virtues to resist the lure of corporate funding where it threatens the internal goods of science. Another constellation of virtues would perfect the practice of effectively communicating research findings to the public. Again, we have good reasons to care about good science.

Still, science is not the only sort of knowledge we attain about ourselves and the world. Ralph Waldo Emerson, a man of modern science and literature, wrote that it is by the moral and “religious sentiment” and “not by science or power that the world is made habitable.” Science serves as a helpful roadmap to certain features of our world, but it does not in any straightforward way tell us how to live as moral agents. It may help us to navigate the world we inhabit, but it does not thereby make it habitable. Only we can do that by cultivating the virtues needed to use science well and to live well.

In an otherwise smashing performance, Oliver gets this bit woefully wrong. He defends science by pitting it against religion. As we saw in the beginning, he likens the sham science on coffee to the ostensibly capricious God of the Hebrew Scriptures. But his defense of good science depends on the vulgar modern stereotypical contrast between science and religion, facts and values. His response to a clip on the Today Show is telling. Pounding both hands on the desk he exclaims, “No! No, no, no, no, no, no, no! In science you don’t just get to cherry pick the parts that justify what you were going to do anyway. That’s religion. You’re thinking of religion.” Ironically, he is worried that we have “lost faith” in science, because, for him it seems, science has become the one trustworthy modern religion. Traditional religion, on this view, is just whim—a convenient prop to justify what we think or plan to do, regardless of the so-called facts. But, just as virtues are required to perfect practitioners of science, they are crucial for practitioners of all religious faiths. Indeed, the virtues needed to have a discriminating faith in science may be the very same ones need to cultivate a discriminating religious faith.

If your only source of information is the nightly news, your Facebook stream, or even the John Oliver show, beware. There is just about as much malarkey masquerading as religion as there is science. Thoughtful viewers seek to discriminate the better from the worse.