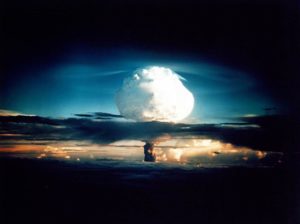 “If you look back on your life, what do you want to be able to say about your life?”

On being asked this, a high school student pauses for a moment and then says, “Well, put that way, I want to be proud of the life I lived, with a good family and having helped others.” Another says, “I want to be sure I’ve left the world a better place than I found it, especially the environment. I don’t want my grandkids to grow up in a polluted world.” Each of these respondents was concerned with one’s contributions to the world, as we all are. For psychology research, these concerns aren’t new. Half a century ago, Erik Erikson first described this desire to contribute. He was also the first to consider how we want to be able to look back on our lives.

What would it look like, then, to contribute to future generations through science?

As we enter into adulthood, most of us think of our place in society, wanting to give back to it in some way. This ultimately, is well-aligned with the self-transcendent aims of much scientific research. Indeed, most of the scientists I’ve interviewed have at least some interest in the contribution of their work to society. Erikson calls this desire to contribute to future generations generativity.

What about the scientists who don’t think of their work in this way? How does this relate to virtue? A scientist who most wants to be famous or who feels alienated from society will stagnate—they are too focused on what they want or need for themselves. Thus, there is a tension in our lives, between our desire for generativity and our potential for stagnation. From Erikson’s point of view, generativity arises when one has successfully cultivated the virtue of care for the future and so overcome any tendency toward stagnation.

Returning to the opening question, what might a good scientist want to be able to say about his or her career? Likely, good scientists want to see that the work they’ve done has not only improved the field but has also changed the world in some way. For instance, one scientist I interviewed described an encounter with a patient who benefited from a technology he helped to develop as the most meaningful experience of his career. If we have lived a good and meaningful life, we maintain a sense of integrity. We see what we have done as worthwhile.

Now imagine Robert Oppenheimer, scientific director of the Manhattan Project, looking back on his work with regret after Hiroshima and Nagasaki, knowing that it is too late to go back. He now thinks of his role in creating nuclear weapons as a mistake. He considers all the things he would do differently, if he had the chance. Perhaps this kind of thinking would lead him to say, “Physicists have known sin.” Erikson would call this kind of reflection on one’s life despair. The tension between integrity and despair arises as we reflect on our lives as a whole, often through stories. While we don’t normally talk about this in terms of virtue, Erikson associates wisdom with successfully navigating this tension. Wisdom allows us to develop a perspective on the entirety of our lives that sees them as a meaningful whole. A scientist, then, would consider whether or not she chose the right field of science, the right topic of study, made important contributions to the field and society through her scientific work, and whether or not her involvement in science interfered with other important life goals. Thus this stage, the final stage in Erikson’s scheme, is evaluative of earlier stages, seeking to reconcile their, at times, disparate demands.

Reflecting on the examples above, it is clear that care and wisdom are interconnected, in ways that may be worth looking into by those interested in philosophical approaches to virtue.  Given the stark differences between generativity and stagnation, integrity and despair, it is unsurprising that Erikson called these the central crises of midlife and late adulthood. Indeed, the very idea of a midlife crisis emerged from Erikson’s writing. Isn’t it hard to imagine we’ve lived a good life if we haven’t given back to society? Thus, while wisdom may only emerge as central in the final stage, it is expressed in some form in generativity, as we try to be good members of our community and so come to think of our lives as worthwhile. This hints at a kind of “unity of the virtues.” A nascent form of wisdom might be essential to one engaging in work that enables generativity. Additionally, deep wisdom may be available from advanced members of the field. Thus, they can serve more effectively as exemplars and mentors for young researchers, students, and faculty. Working with those in a position to see the field with wisdom may position younger scholars to address the current limitations of science, and so advance it. Thus, the youth I’ve studied answer questions about their life as a whole largely in terms of achieving integrity through generativity. After all, we all want to be able to look back on our lives and see that we’ve lived well, leaving the world, in some small way, a better place.

Originally published by Timothy Reilly at ctshf.nd.edu on October 05, 2017.