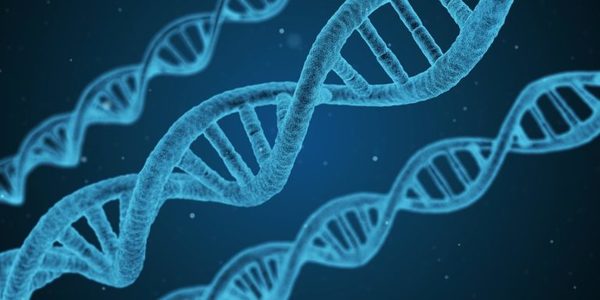 When we think of creativity, we often think of grand new ideas and technologies: Einstein’s theories of relativity, the genetic revolution in biology, the cognitive revolution in psychology, and so forth. This can put creativity on a pedestal, something only achievable by geniuses. Nonetheless, creativity is highly valuable, in part because it can expand human capacity, increase efficiency, and generate new possibilities for action.  It is also vital for virtue.

Philosophers (esp. Margaret Boden) and psychologists (esp. Mark Runco) urge a different perspective, recognizing much more typical expressions of creativity. They understand creativity as essential for a variety of tasks that humans undertake in their daily lives, not just for grand new ideas. Further, they see creativity as a capacity to be educated for, in the manner of a virtue. However, which virtue or virtues correspond with creativity? Is it related to skill, reasoning, or intellectual courage? Answering these questions requires a deeper consideration of the nature of creativity. Drawing from Boden, we will consider three forms that creativity can take: combinatorial (using similarity and difference of related ideas), exploratory (testing existing ideas), and transformational (re-conceptualizing an idea entirely).

New theories and revolutions in science are indicative of transformational creativity, and often get the most attention, perhaps because it the rarest form of creativity. A focus on this form of creativity can make  creativity seem elusive. Our collective focus on transformational creativity can make creativity seem more mysterious and unattainable than it needs to be. Such discoveries almost always, however, result from combinatorial and exploratory creativity. Combinatorial creativity focuses on a connection between two existing ideas or artifacts. Such creativity can be encouraged, often through simple practices, such as discussing problems with others who have different perspectives and expertise (see Burt, 2004). For example, smart phones emerged through combinatorial creativity, using the existing technology of phones and adding functionality to a mobile device. Not long before, the technological infrastructure could support the bandwidth they demand, but personal digital assistants (PDAs), by and large, failed to achieve similar success.

Exploratory creativity, in contrast, focuses on using existing ideas and technology to delve further into a topic. For example, current genetic sequencing efforts with various species are exploratory in this way. Again, such creativity can be fostered through simple practices (e.g., the marshmallow challenge and discover and innovate approaches to instruction).

Why do exploratory and combinatorial forms of creativity matter when all the attention is focused on the transformational?

As shown above, exploratory and combinatorial forms are easier to understand but also can be developed intentionally. In contrast, transformational creativity has several drawbacks. It is  often disruptive and even counterproductive. Frequent transformations in a field may lead to chaos, with many conflicting theories and limited capacity for meaningfully integrating them. Postmodernism in the humanities is a case in point, with its multitude of methods and theories and sometimes little shared basis for evaluating them.

The other types of creativity may be more promising. Combinatorial creativity is useful because it can help to bridge gaps between various perspectives within and between fields. Through this, in large and small ways, it can expand the boundaries of a field. Exploratory creativity can help to marshall evidence for competing perspectives and push at the boundaries of a field. Together then, combinatorial and exploratory creativity can lead to more meaningful transformational creativity, by ensuring that new conceptualizations are robust. For example, explorations can lead to a phenomenon that doesn’t fit within current theory (e.g., as in the discovery that some phenomena act as both waves and particles in physics). Such new phenomena ‘demand’ a new theory, and this theory is generated through both exploration of the phenomenon and through analogy between the phenomenon and others. As another example, the ‘computer model’ of the human mind, a result of combinatorial creativity, has in many ways been a generative model for exploratory research, even as it has led to many fundamental misunderstandings of human psychology (especially with regard to values and motivation).

What does creativity have to do with virtue, particularly in science?

First, as creative advances are a central goal of science, effective creativity is essential to the flourishing of scientific practice. Thus, teaching techniques to produce combinatorial and exploratory creativity are important for developing scientific dispositions and habits. Additionally, being able to identify and describe such creativity can help scientists to better organize their work for reflection, discussion, and planning. Finally, while the focus above has been on scientific creativity in the narrow sense of experimental science and theory, the creativity relevant to scientific practice can take many other forms. Creativity is an important feature of relationships, the organization of spaces, scientific communication, science education, and any other attempt to share ideas, perform actions, or create artifacts based on scientific work.

While my focus so far has been on the practice of science, similar expressions of creativity occur in a variety of practices, and even in linking practices and generating new practices. Beyond teaching general skills to encourage combinatorial or exploratory creativity, close relationships with at least one parent, relatively large amounts of choice in childhood, and support for pursuing challenging goals with limited distraction all seem to be common experiences of exceptionally creative individuals. We can’t control all of these opportunities, but we can seek to provide them more widely, and so, perhaps, to foster greater creativity.

Creativity, as I’ve described it, is ultimately about matching one’s idea of a situation or phenomenon with the relevant features of that situation or phenomenon in order to engage with it effectively, intellectually or through action. Further, it relies on one’s disposition and capacity to think and act in the particular ways appropriate to one’s goals. In Aristotelian terms, the concept closest to that of creativity, as I’ve described it here, is practical wisdom. However, creativity, as commonly understood, doesn’t consider the good, but virtuous creativity must, as practical wisdom is a moral and intellectual virtue. Virtuous creativity requires skill, knowledge, reasoning, memory, and imagination directed toward moral ends. The virtuously creative individual, then, is practically wise. This goes for science and any other area of life.

Originally published by Timothy Reilly at ctshf.nd.edu on August 03, 2017.