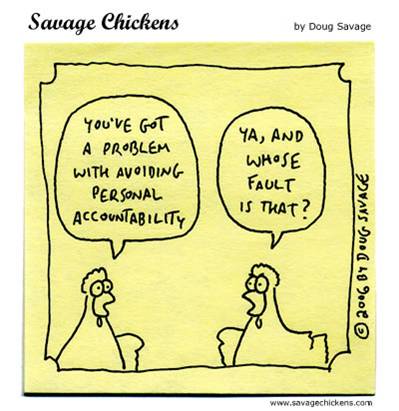 Responsibility is a never-ending topic of discussion for the life sciences. What research should be conducted, how resources should be used, and how scientists should conduct themselves with relation to each other and to the public remain hotly debated topics of discussion. As scientific research practices become more heavily scrutinized, there is an increasing interest in how these issues of responsible conduct can be intercalated into the scientific community and taught to science students.

In response to this growing focus on responsible conduct, there has been a recent proliferation of codes of ethics in the life sciences. In a similar fashion to other codes—such as the Hippocratic Oath—these life science codes of ethics attempt to define key ethical principles that govern good behavior within research. Already codes have been developed by institutions and national and international bodies for various purposes and have had varying degrees of exposure and promotion.

Codes of ethics can be loosely grouped into three categories. Aspirational codes lay out a list of ethical principles desirable in a responsible scientist, advisory codes suggest ways of working responsibly, and enforceable codes lay out rules that need to be followed.

All three of these categories tend to make use of deontological positions that clearly define what is permissible and immiscible of responsible scientists.

Of the three types, aspirational codes have recently received the most attention. Current concerns in the life sciences about reproducibility and replicability—together with public concerns such as biosecurity—have made the identification of an ethical standard to which all scientists should aspire very desirable. Such codes tend to cleave very strongly to deontological medical ethics in their principalist approach to responsible conduct. Shamoo and Resnik, in their recent 2015 paper, collated a range of these principles from a number of different codes—including honesty, objectivity, integrity, openness, and carefulness.1

Aspirational codes of ethics have been concurrently praised and vilified. Lists of ethical principles, it is rightly argued, can be helpful teaching tools and ways in which to start discussions about responsible conduct. In contrast, however, it is also apparent that—devoid of context as they are—translating these ethical principles into daily laboratory practices is difficult. Laboratory environments are highly heterogeneous, research cultures are highly variable, and, if one is honest, ethics training amongst the science community (especially more generalized training beyond subject-specific courses such as those on animal welfare) is patchy and not standardized across the globe.2

Codes of ethics, it would thus seem, are at an impasse in which their ability to effect changes in behavior (and to guide behavior) is limited by their disconnect from daily laboratory practices. To borrow terminology from H. Tristram Engelhardt, codes, as lists of ethical principles, remain “content poor” and are unable to effectively guide individual behavior unless they are infused with content (becoming “content rich”) within (and specific to) a specific context.3

The limitations associated with aspirational codes can easily extend to discussions about virtues in scientific practice. These tend to be long lists that are decontextualized in terms of specific activities or actions.  This could be seen as problematic not only for the reasons of the problem of “content-poor” terms mentioned above. Moreover, as virtue ethics emphasizes, the inter-connectivity of the virtues and the key role that context plays in identifying means between virtues and vices, the idea of “content-poor” virtue discussion is particularly problematic. It thus becomes critical to ask whether these long lists of individual virtues add anything more meaningful to discussions on individual conduct and responsible research. Can they occupy any greater role than that of discourse unifier and teaching tool?

While these concerns are important to consider, it is also important not to “throw the baby out with the bathwater,” so to speak. While issues of contextuality must remain a prominent concern, it is possible that virtue lists—as lists of dispositions—may be of considerable utility in teaching responsible conduct. A key criticism of codes of conduct is the “abstractness” of the ideals solidified in principles such as “beneficence” and the difficulty of translating highly complex and technical terms into daily practices. Similarly, the phrasing of codes favors “beneficence” over “beneficial actions”, causing an ends focus instead of an action focus that complicates attempts to identify daily practices and actions. Codes of virtues, on the other hand, which detail dispositions and not ideals, link directly to personal motivations and thus to individual actions. Thus, while it may be difficult to imagine what “beneficence, justice, and integrity” look like “on the ground”, seeing how “prudence, caution, and foresight” could play out in daily research activities is not such a stretch.

Imagining how the virtuous dispositions are enacted in daily research provides a more immediate and personalized approach to ethics that is more accessible for many scientists. It also provides a means by which students can identify these characteristics in their peers and mentors. By identifying such individuals—or “daily heroes” (as discussed in my previous blog post)—they will identify models of virtuous excellence on which to model their daily laboratory activities.

Moreover, while looking at virtues in isolation may be odd (particularly to virtue ethicists), it could also become a very valuable means of stimulating discussion on how certain traits are important for certain daily routine activities in the laboratory.  Caution as a virtue is of particular importance in behaviors relating to biosafety, but also could relate to a range of different activities around data collection and analysis. Similarly, foresight is valuable not only for epistemic activities but also in ordering reagents in a timely fashion, organizing disparate pieces of data, and managing staff and students. This could lead to increased scrutiny of how daily practices and routines are constructed, enacted, and perpetuated.

I, thus, believe that codes of virtues could make a valuable contribution to discussions on responsible conduct. The ways in which they differ from codes of ethics allow users to imagine scientific practice from the “inside out” as well as from the “outside in”. In this way, codes of virtues become more than simply a useful grammatical alternative to deontological principalism.

2 NRC, Challenges and opportunities for education about dual-use issues in the life sciences (Washington, DC: The National Academies Press, 2011).

Originally published by Louise Bezuidenhout at ctshf.nd.edu on September 05, 2016.