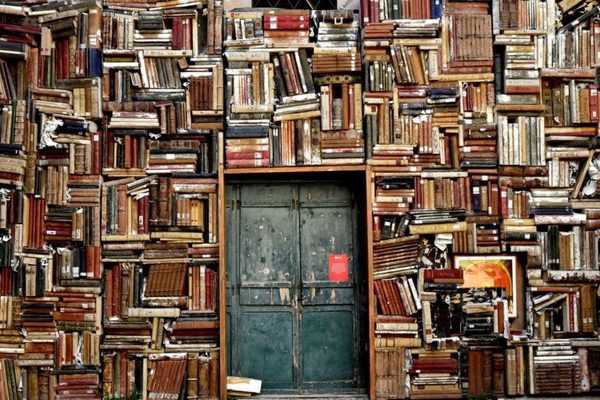 Why not just let words die?

Isn’t it a natural phenomenon for language to evolve over time and certain words drop out of use and others replace them? Essayist and philosopher Paul Valéry in the early twentieth century said to the French Academy, “virtue, ladies and gentlemen, the word virtue is dead.”

But what about the words for the individual virtues themselves. Some names of the virtues don’t have the full force that they did in earlier times. Nearly all of philosopher Josef Pieper’s essays and books on the virtues have as an introduction the way that certain ancient virtue terms are used in contemporary culture and how this is or is not related to the traditional uses. Some of Pieper’s first books were to combat the bad usage of virtue terms in his time. Further, when Pieper begins to describe what a particular virtue means in the tradition, something in the reader (at least in me) can sense that what is being talked about in the older understanding is true in some way. These meanings touch something already assumed in our life experiences.He continued noting that the word “virtue” is “now found only in catechisms, in jokes, in the universities and in operettas” (K. Sanders, Ethics and Journalism). By the middle of the twentieth century, the word became synonymous with ‘being nice’ or ‘proper’ in an isolated act. There is also a story that New Testament author N.T. Wright attempted to publish his trade book on New Testament ethics called Virtue Reborn, and his American publisher changed the title to After You Believe because of fear that American audiences would be put off by the word virtue in the title. Collectively, however, we thought it was a good idea to not throw out the word virtue and replace it with another. Much effort over the last fifty years has been put into re-appropriating the word, keeping its ancient meaning alive while simultaneously making it relevant for post-enlightenment ethics.

Why fight to hold on to the ‘good ol’ days?’

This, however, does not really answer the above query. Let’s take the example of the virtue of docility (docilitas). We use this word today in a pejorative sense suggesting an almost lethargic submissiveness of a person. Typically, the docile person in our mind blindly accepts what they are told or easily submits to overarching power structures. This was not the case for medievals. Docility was the virtue associated with the student, a student who possessed a posture of openness to the teacher and one’s peers. The docile student had a desire to learn and to understand mysteries that could be taught or discovered through fervent discourse with others.

We can see that this had a very different sense in the Middle Ages. It had both an active and passive sense to it. This is clearly not what we think of today when we hear the word docile. My question is, whether it is worth fighting to keep this old definition? Why not just replace docility with openness?

My answer is this: docility means something that openness does not. It means something specific. Using the word openness as opposed to docility, for example, risks being imprecise and creates the potential for wrong associations and misunderstandings concerning related metaphors that are used with regard to the virtue.

But allow me to say something briefly about the living use of language and precision in language. In the ‘living use of language,’ we have to be careful, or at least be attentive, to not only what is being said, but what is not being said; what is assumed and unspoken. This is an important point argued for in Charles Taylor’s newest and excellent work on language. Taylor argues that language shapes our thought and does not only describe reality but is also constitutive and shapes human experience. We want to have a certain amount of precision in the terms we use, but at the same time, there is a sense in which language has a complexity that evades a kind of precision that discounts a holistic and robust sense of reality. This includes not just the words spoken, but the body language, context, and person doing the speaking.

With that said, however, there are improper uses of language. An improper use means to not use a word in the strict sense that belongs to it. This can be recognized when a word can be exchanged for another without changing the meaning of the sentence as a whole. Josef Pieper gives an example of this with the word ‘belief.’ In the improper use of the word belief, it can be replaced with words like ‘think,’ ‘assume,’ ‘suppose,’ or ‘consider probable.’ Though emphasizing different points, I think that Taylor and Pieper are in agreement on both the constitutive component of language and that words have right uses and strict definitions.

Drawing on Pieper and Taylor here, we again must ask, in what context can ‘docility’ not be replaced with any other word? This, in my opinion, is the good kind of precision in language use. As alluded to above, openness can be equated with doors and windows where docilitas cannot. It is important that in our precision in the use of certain words, we use the right ones for the right situation. Docility, like the word virtue, means something specific and, like virtue, it is worth our effort to try and re-establish the meaning of this word for its right use in our culture today and let that word shape culture as well. In the case of docility, this could be to shape a culture of university education that includes openness to interdisciplinary dialogue and cooperation between the humanities and the sciences, for example. Just as virtue died and has been ‘resurrected,’ perhaps we can do the same with specific virtues, like prudence, fortitude, and … docility.

Originally published by Nathaniel Warne at ctshf.nd.edu on July 20, 2017.