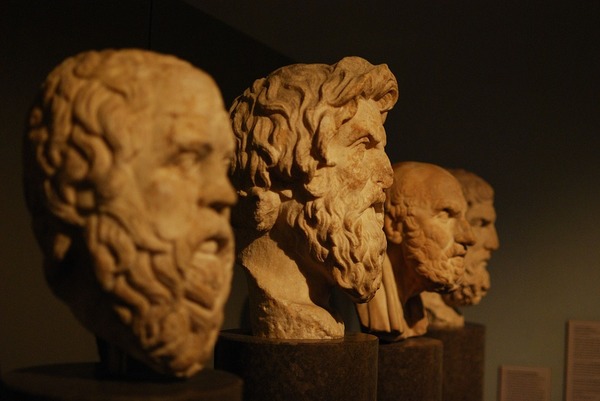 I recently attended the Association of Moral Education (AME) conference in St. Louis, Missouri. This is a conference where psychologists come together and discuss a number of moral issues related to education. This is the second time I have attended this conference and, for the most part, I enjoy my time and learn a lot. Psychologists ask very different questions than I do as a theologian. I am impressed by the practicality of their research and constantly seek to incorporate what I learn into my own thinking and work. For the most part, it seems like those who attend the AME conference are very interested in taking traditional themes in ethics and applying them to real situations. Themes like happiness and virtue get empirically tested in real life contexts.

But with this comes a problem with the research that I have experienced at the AME conference. I appreciate that they are interested in bringing traditional forms of ethics into everyday life, but it seems to me that they have lost a sense of the history upon which they wish to draw. Virtue is an important part of the discussion at AME. Though, it seems to me, that their explanations and research are disconnected from the history and context of the ideas discussed. There is an appeal to Aristotle (his seems to be the name that the vast majority of the research draws upon), but he is almost never cited in his own right. Because psychologists use a method that excludes the historical dimension, much is lost in translation.

For instance, in the presentations I observed there is no distinction between incontinence and continence, or virtue as a habit or just good behavior (doing the right action). Further, happiness, (the thing for Aristotle that all humans strive for as the τἐλoς/end in the virtuous life) is reduced to an emotional definition that draws more on the Middle English hap, which means something more along the lines of ‘luck’ or ‘fortune’, than the robust sense that Aristotle was concerned with when he uses the Greek word εὐδαίμων. Εὐδαίμων has a much richer and ontological sense to it and involves the emotions and even luck, but cannot be reduced to these. These are just some examples of what I have come across in my time attending the AME conference.

It is not my intention to be unreasonably harsh on the field of modern positive psychology. I have a deep appreciation for the field and as a theologian, I draw upon the findings of psychology as often as possible. It is a good and necessary field. I only wish that those doing empirical and positive psychology would do more of the hard work in history of philosophy and theology.

Doing the hard historical work would have two important benefits. First, it would help psychologists define their terms and know more about what it is that they are writing about. Some of the smartest people in history (such as Plato, Aristotle, Cicero, Thomas Aquinas, John Owen, etc.) have already done really great and hard thinking about ethics, virtues, and happiness. Looking back to these figures and drawing upon them prevents one from having to reinvent the wheel. Second, findings in psychology can be more easily translated into other fields of study like philosophy and theology. These more theoretical disciplines could more readily draw upon the empirical findings of positive psychology if we could be confident that when we say certain things we mean the same thing. This is also the case with creating psychological measures. For instance, wouldn’t it be a benefit to theology and philosophy if the HEXACO measure (a psychological model for personality structure) for patience actually corresponded with what prominent medieval virtue ethicists meant by patience (patientia)? At present, this is not the case, and many times in our project we have been put in a situation to squeeze an old and useful definition of a virtue into a preexisting HEXACO measure. Often this felt like trying to fit a square peg into a round hole.

This is a lot to ask of psychologists. Alongside the important empirical research that modern psychology consists of, psychologists should also be responsible historians who take the time to read not only these great thinkers, but also the important secondary literature that comes along with them. Further, being true to Aristotle’s definition of virtue and happiness makes empirical work on these topics nearly impossible. But every field has its limitations. For psychologists who want to study virtue, this is one of them. Kristján Kristjánsson, in my opinion, does really great work and seems to have found the balance between philosophy, history, and psychology (For example, see Kristján Kristjánsson 2015).

History of ideas still matter and drawing upon it can have the unifying effect of not only allowing those doing research today to be in dialogue, but also to be in continuity with those who have come before us. We, as post-enlightenment thinkers, like to be free of the bonds of tradition, but perhaps this is a place where throwing off the shackles of our forbears has actually done us harm.

Originally published by Nathaniel Warne at ctshf.nd.edu on January 22, 2018.