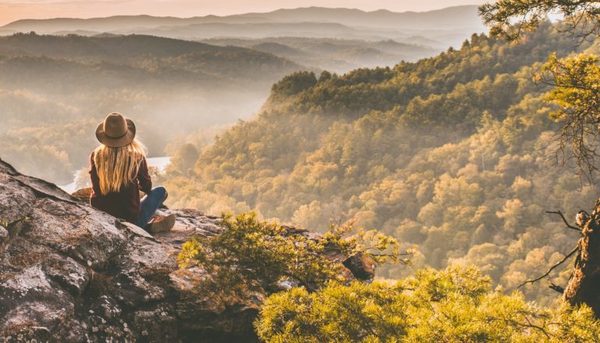 In popular Western culture, the topic of mindfulness is gaining increasing popularity. This is loosely defined as the “psychological process of bringing one’s attention to the internal and external experiences occurring in the present moment”.1

From its origins in some Buddhist traditions, mindfulness training has rapidly become a multi-million dollar industry, with a wide range of courses, books, and seminars offered on the subject. While mindfulness is variously interpreted by these different initiatives, it would seem that all traditions are commonly united by the emphasis on being continually aware and present within a specific moment. Moreover, it would seem that this emphasizes a continual discipline of self-reference to examine the actions that one would take within a specific situation. Such an approach should not be surprising to many virtue scholars, and indeed traditions of virtue strongly emphasize the need for contextual self-reference in order to determine the virtuous course of action within a specific space and time. Indeed, practical virtues such as prudence and its parts specifically speak to this, enabling individuals to make decisions towards virtues based on their understanding of the situation, their past experience, and the examples of others.

While the value of such an “aware” approach to daily activities should be evident, it must also be critically examined. Is it possible, it becomes important to ask, that a trend towards mindfulness and such a specific interpretation of prudence comes at the price of other types of responsible behavior?  Are we playing down the importance of the tacit in favor of a forced self-awareness?  Are we sacrificing routines and – for lack of a better word – mindlessness to the common trend?

The reason I raise this question stems from some recent fieldwork I was doing in a molecular biology laboratory. One of the participants, when talking about their work, made the following comment: “If you’re thinking in the lab, you’re doing something wrong and you’re liable to make mistakes.”

What he meant by this was that when you are working at the bench conducting daily experiments, a continual self-awareness and perpetual evaluation of activities can hinder the execution of the tasks at hand. Continually “thinking” about what one was doing hindered the tacit abilities of the individuals to take over. In this way, the participant was saying that a responsible – and indeed virtuous – scientist was one who was so experienced and well-prepared that when they went into the laboratory, they were able to in effect “let the tacit take over”.

When I heard this comment my first response was a nervous giggle. While my previous experience in the laboratory definitely caused me to agree with the sentiment, I felt it contrasted markedly with my subsequent discussions on responsibility and virtue. The more I thought about it, the more I struggled to reconcile this valuation of “mindlessness” with the current virtue rhetoric we were using within this project and beyond.

The journey of thinking this problem through has thus led me to some conclusions that – while based on scientific research – may also be applicable beyond. First, that the current trend of mindfulness and self-awareness has the potential to skew value away from certain other types of “being”. In particular, the value placed on mindfulness necessarily detracts value from other spaces of awareness that rely more on tacit knowledge and learned body behaviors.

This has important implications – particularly for discussions on highly tacit-based activities such as laboratory research. In particular, it creates a false devaluing of daily routine activities that dominate laboratory life. This creates a difficult rhetoric of responsibility, where it seems that the sustained emphasis of being mindful squeezes out the spaces in which we can talk about the value of tacit ability. This causes the distinction between the value of the critical re-evaluation and questioning of their protocols, habits, and practices before they set foot in the laboratory, and the absence of this questioning while one is there.

This highlights the importance of the separation of different types of awareness not only in evaluating actions, but also in teaching virtue to individuals. It emphasizes not only the distinct realms for different virtues within phases of a specific action, but raises the importance of tacit knowledge within practical activities. Ultimately, it highlights the need to recognize different “spaces of awareness” that are important for responsible action – particularly those associated with more reflexive and habitual action than with “on the spot” decision making. In effect, it concerns spaces in which the virtuous individual is seamlessly part of the action occurring, and allows one’s learned body behaviors to take over, rather than continually questioning what one is doing.

It would thus seem that more attention is paid to the value of “mindlessness” in practical activity. More awareness is needed of how these different states of awareness are established and cultivated, and how they are discussed by the scientific community. Only then, I would suggest, will we be able to teach scientists about the range of “being” necessary for truly responsible laboratory conduct.

Originally published by Louise Bezuidenhout at ctshf.nd.edu on January 19, 2017.