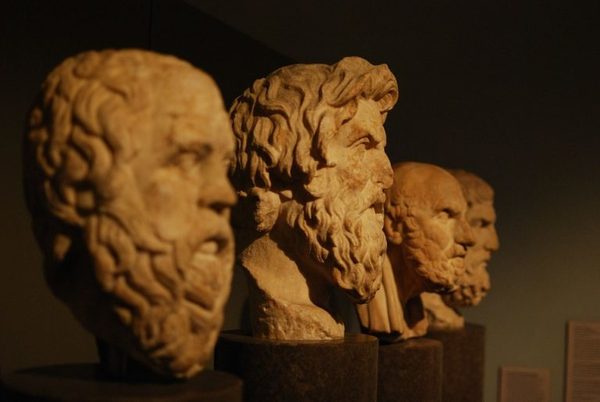 When we think about virtue ethics, the Aristotelian tradition naturally comes to mind. The revival of virtue theories in contemporary ethics is usually seen as an attempt to reinterpret the moral theories of Aristotle and subsequent commentators (such as Thomas Aquinas) to overcome difficulties that are associated with consequentialist or Kantian theories.

This critic comes from the field of social psychology. For instance, Ziva Kunda shows that consistencies in behaviors do not lead necessarily to robust character traits, and usually virtues are understood as such. We tend to interpret someone’s behavior by looking for behavioral consistencies, and when we find even a little consistency, we tend to attribute robust traits. When I say robust character trait, I follow Merritt when she says that it is a trait such that we “expect that it will reliably give rise to the relevant kind of behavior, across the full range of situations in which the behavior would be appropriate, including situations that exert contrary pressures” (Merritt 2000, p. 365). This idea is called counterfactual stability. If there is counterfactual stability, then relatively arbitrary factors (e.g., mood, being in a rush, etc.) would have minimal impact on, for instance, generous actions. But this is not what studies in social psychology have shown. These studies have been interpreted as saying that consistencies are a function of the situation where a person is (i.e., situationism), and that interpreting such consistencies in terms of robust traits is, let’s say, careless.However, there are alternatives to Aristotle or Thomas Aquinas. Notably, Christine Swanton has recently published a book about the virtue ethics of Hume and Nietzsche. She defines virtue ethics quite loosely as those ethical theories where virtues are central. And, she adds, Hume and Nietzsche make a prominent use of concepts of the virtue tradition: character and virtues or vices are central, unlike rules, duties, or obligations. Therefore, embarking into an investigation of (for instance) Hume and Nietzsche’s virtue ethics may be interesting just to enlarge the set of ethical theories that qualifies as ‘virtue-based.’ However, there may be another reason why we should be interested, in principle, in other varieties of virtue ethics. This is the fact that several scholars have criticized the empirical adequacy of Aristotle’s moral psychology.

What are the philosophical consequences of such studies?  Maria Merritt (who draws extensively from John Doris) elaborates on this. First, virtually all virtue ethics recommend pursuing the virtues, but social psychology seems to show that this is not feasible. However, one may say that what these studies show is only that we should be careful in attributing virtues just in light of behavioral consistencies. And virtue ethicists already know that, and that’s why they may reply that virtue ethics is about a normative ideal. The fact that virtue ethicists talk extensively about exemplars is no coincidence. Therefore, we may embrace an empirically ‘modest’ moral psychology, and ground everything on the idea of exemplars. After all, I also add, there are psychological studies of ‘exemplars’, and these seem to show that the inference to the existence of robust character traits may be, in these rare cases, justified (see for instance). Hence, emulation of a few exemplars is the key to save virtue ethics from the situationist critique.

However, this is problematic. If we debunk the situationist critique by betting on the exemplar strategy, then we fall short of the promises of virtue ethics in general. A problem with consequentialism or Kantianism is that deliberation in these contexts takes a highly abstract theoretically mediated form. The agent and his or her motivations are replaced by abstract calculation. Virtue ethics, from this respective, seems to offer more because of its focus on motivations and character traits. However, an ethical theory based solely on exemplars is as abstract as consequentialism or Kantianism.

To sum up, the situationist critique leaves virtue ethicists with just two stances, but both are problematic. On the one hand, there is a virtue ethics that recommends cultivation of the virtues, but social psychology seems to suggest that this is quite unattainable.  On the other hand, we may opt for a virtue ethics based on exemplars, but this will be abstract and no better than consequentialism and Kantianism. Is there an alternative that avoids such pitfalls?

Originally published by Emanuele Ratti at ctshf.nd.edu on June 23, 2017.