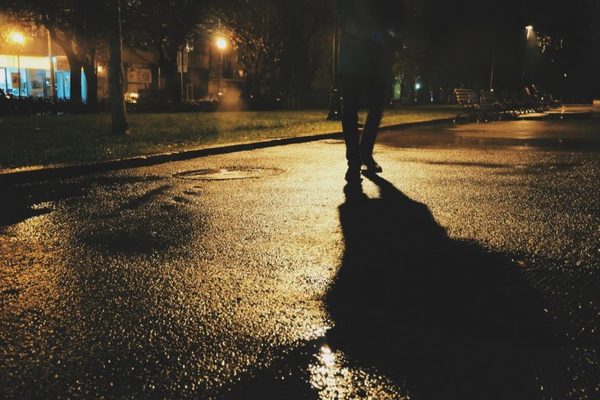 At the beginning of Mark McIntosh’s great book, Divine Teaching, he asks us to imagine that we are researchers and that the object of our research is a very interesting character. Our object of study is nocturnal, takes long walks, and will only talk with you over large meals of fresh mussels. McIntosh notes that “at first, you would tell yourself, I am not really a nocturnal person and I don’t really like mollusks of any kind whatsoever. Yet there you are, every evening, gorging with your research subject on mussels and trailing along a few hours later through the darkness on the nightly ramble.” After doing this for an extended amount of time, you have become, at least in some sense, a protégé of your object of study who has become your teacher. In this process, you begin to develop new habits and have “acquired a new way of being” that fits your object of study.

What I have described above is what an anthropologist would call an emic approach. The emic approach is when the anthropologist attempts to understand how the objects of study think, how they perceive the world, what has meaning for them, and how certain behaviors grow from their values. The emic approach, in a sense, is trying to get an insider’s view of one’s research object. They make their presence known, get their hands dirty and get involved with the community. They are attempting to be insiders and thus for many, are transformed in this process. The etic approach, on the other hand, attempts to observe the object of study from the outside. The goal is to be impartial and to maintain ‘objectivity.’ With the emic approach, an anthropologist wants to know what the object understands to be important, whereas the etic approach emphasizes what the observer considers important.Continuing to draw upon this thought experiment, McIntosh now changes gears slightly. What if your object of study, as you drew near to this person, began to tell you the truths about the world, and more peculiarly, the truths about yourself? Truths that you did not want to, and were afraid to, admit. “Suppose that this person was so available for you, so vulnerably honest and self-disclosing, and showed such fidelity towards your own work, that you began to develop a high degree of faith in the person’s essential goodness and reliability.” Perhaps, even over time, because of your constant interaction, you begin the process of developing a virtuous characteristic and “a sense that your study would indeed take you somewhere wonderful and real. . . .The research virtues that would have truly begun to grow in you—those habits equipping you to succeed in just being around and understanding this person—these virtues would have truly begun to transform you.” This is what happens in the study of theology. Theologians are transformed by their encounter with the object of study, God.

I see a connection between the anthropological approaches just described and what McIntosh has described as doing theology. Theology is an emic approach to understanding the object of study appropriate to theology, namely God. In the process of studying God, we become more like him. As we know God more, we ascend the stages of perfection towards a mystical unity. Theology is that process, that journey, to becoming more like the divine essence.

Here we get an interesting distinction between theology and other disciplines like sociology of religion and philosophy of religion. These two fields take the etic approach to trying to understand God, humankind’s relationship to him, and religious practices. Following Thomas Aquinas’ discussion of theology in the very first question of the Summa Theologia on sacra doctrina (sacred teaching), theologians can draw upon the methods and outcomes of these sciences, but ultimately theology remains a higher science as it deals with highest things, namely God. If all truth is God’s truth, then any truth discovered by anthropology, sociology, and philosophy is valid and helpful for the theologian’s journey towards knowledge of God.

If I am right and the approach to theology described by McIntosh is as close conceptually to the emic approach in anthropology, where exactly do misunderstandings between the fields of anthropology and theology, with regard to what it is that they are attempting and how they attempt it, stand? Allow me to suggest one potential response to this. The problem is that each science, because of specialization and isolation from other sciences for so long, has developed constructed and artificial terminologies. Each science has become a members’ only club with their own passwords and habits of speech. It is a problem when two sciences can be saying such similar things without knowing that they are doing so. When we are doing our work, in our own clubs, with our own colleagues, we don’t use language we use ‘terminology.’

This distinction between terminology and language might seem like a strange one, but it is a distinction found in Aristotle and picked up on in Aquinas. Whenever possible, we should use common natural language and not constructed terminology. Aristotle in the Topics writes, “[Y]ou should say that we ought to use our words to mean the same things as most people mean by them.”[i] This is further reinforced in the first book of the Nicomachean Ethics when Aristotle is looking for the ends and goods of ethics by endoxa (common opinion), a position and assumption not all that dissimilar from Plato.

Aristotle and Aquinas make a further distinction between two separate kinds of linguistic tools. The first is natural and connected to the person, for example, the hand. The second kind of tool is artificial and detached from the body, like a hammer or screwdriver. Terminology is associated with the latter. It is artificial language that coheres with language but is specialized and not in common use. Language, on the other hand, draws from the “living root of language.” This can include the language of poetry as long as this language is “consonant with the spirit of language.”[ii] We should not coin new names for things or arbitrarily employ existing names into new meanings.[iii] When thinking about justice, for example, we should consider the usage of the term today in our investigations. My hunch is that if there were less constructed and specialized terminology in each of the sciences, and more of a shared language, there could be more interaction between these fields of study. There would not need to be so much ‘translation,’ and more progress and mutual understanding could be had.

Originally published by Nathaniel Warne at ctshf.nd.edu on April 06, 2017.