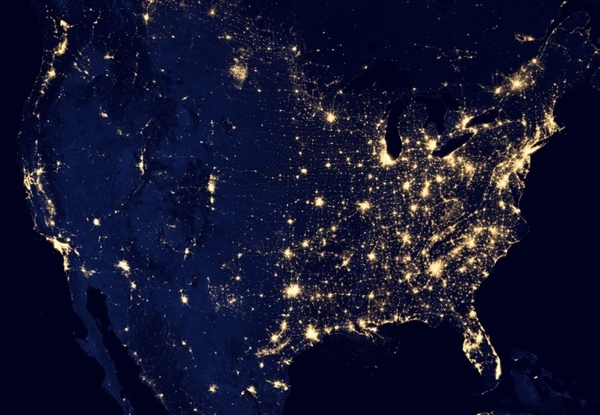 Many have suggested that the virtues of science are the same virtues needed to sustain our democratic life. Six days after the last inauguration (January 26, 2009), in a piece for the New York Times, science writer Dennis Overbye wrote the following about science: “That endeavor, which has transformed the world in the last few centuries, does indeed teach values. Those values, among others, are honesty, doubt, respect for evidence, openness, accountability and tolerance and indeed hunger for opposing points of view.” Some of these values can also be understood as virtues—habits needed to pursue goods that are difficult to attain.

Shelia Jasanoff, Director of the Program on Science, Technology and Society at the Harvard Kennedy School, agrees. “The very virtues that make democracy work,” she writes, “are also those that make science work: a commitment to reason and transparency, an openness to critical scrutiny, a skepticism toward claims that too neatly support reigning values, a willingness to listen to countervailing opinions, a readiness to admit uncertainty and ignorance, and a respect for evidence gathered according to the sanctioned best practices of the moment.” Two decades prior, Richard Rorty, an American philosopher, had suggested that scientists are conspicuous exemplars of certain moral virtues—a certain openness, curiosity, and flexibility; a commitment to persuasion rather than force, respect for the opinions of colleagues, (relative) incorruptibility, patience and reasonableness.

It is easy to see why these are desirable virtues not only in the practices of science, but among citizens and politicians of a common political life. If so, a host of questions arise: do certain institutions and practices more readily serve as the seedbeds for such virtues than others? Do we find such values and virtues in science and politics today? What factors promote and threaten their flourishing? Why are similar virtues needed among scientists and democratic citizens and politicians? Let’s begin with the last question.

Simply put, the practices of democracy and science share a common distant aim, a commitment to pursing knowledge for sake of goods shared in common. Of course, natural scientists turn their attention to the natural world. Citizens and politicians seek to understand the needs, desires, hopes, discontents, and plight of their fellow citizens. Both do so for the sake of goods shared in common by the scientific and democratic communities alike. These goods are difficult to attain. Their achievement necessarily depends on a collaborative, relational, and communal endeavor—one that requires sustained vigilance. Both arongoing, unending experiments that require the virtues to sustain and reform their respective institutions and those who inhabit them.

What has Science to do with Democracy?

There seems to be good historical evidence that democracies that share these values tend to support the growth and development of the sciences. The converse may also be true. Incorruptibility and accountability in the sciences can foster the same dispositions in the wider culture and politics, though this is not necessarily the case. Furthermore, scientific and technological innovation itself is not a final end or good. Ultimately, the ends of science must be aligned with or referred to democratic goods and aims that seek the flourishing of all.

Both practices and the virtues that sustain them are threatened wherever economic, corporate, or partisan political interests dictate the aims of each, wherever financial or party gain becomes the primary goal. Indeed, a host of virtues will be needed to resist the temptations presented by the increasing role of corporate interests in both science and politics. Justice, honesty, transparency, and integrity would be among them. A wedding of either science or politics to moneyed interests threatens to thwart participant’s commitment to common public goods. Scientific and democratic knowledge are public goods worth protecting from forces of corruption and decay. We have good reason to resist all manner of “market-driven” approaches to education, whether in the university or public sphere.

As of 1991, Rorty was convinced that “[i]n America, the National Academy of Sciences is notably less corruptible than the House of Representatives.”1 Presumably, nothing has changed in this regard. Given the tenor of this election cycle we have good reason to expect that it will not change in the immanent future. Overbye’s values—“honesty, doubt, respect for evidence, openness, accountability and tolerance and indeed hunger for opposing points of view”—seem notably absent. This, I am suggesting, is cause for concern both for our shared democratic life, as well as for the practice of science. For the trees that bear the fruit of good science can only survive so long in toxic soil.

Interestingly, Overbye suggests that these virtues which seem to be endemic to scientific communities free of a creeping corporatism have pragmatic roots. “Nobody appeared in a cloud of smoke and taught scientists these virtues,” he observes.

“This behavior simply evolved because it worked.” The same is true of the democratic virtues needed to sustain a healthy democracy. My hope is that we will not need to figure this out the hard way. We would do well invest in a widespread public education in civic virtue. Not the sort that prides itself on revolutionary change or a return to a mythic American golden age. Rather we need to invest in what Jasanoff calls the “modest virtues that underlie the long-terms successes of both science and democracy.” For this sort of civic education a robust understanding of history is the surest way forward. The virtues of humility, justice, and love are paramount.

Francis Bacon’s morally ambivalent observation that “knowledge is power” haunts us today. It is echoed in Michele Foucault’s view, equally morally ambivalent, that power makes knowledge. William Wordsworth playfully, but no less earnestly, insists that for the prophet-poet and modern scientist alike, “knowledge is pleasure.” During the lengthy creation of The Gates of Hell, Rodin wrote of his Thinker/Poet, “Guided by my first inspiration, I conceived another thinker, a naked man, seated on a rock, his fist against his teeth, he dreams. The fertile thought slowly elaborates itself within his brain. He is no longer a dreamer, he is a creator.” If knowledge and power are so intimately bound in science as in politics we have every good reason to cultivate the virtues of each.