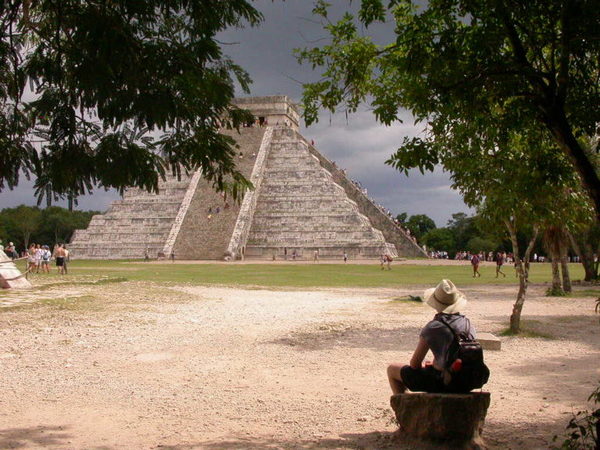 My focus in other posts was on the scientist in his/her individual dimension, detached somehow from the collective nature of contemporary science. For these reasons, I have emphasized virtues such as patience or perseverance. These are entrenched habits or character traits that connect the single scientist with his/her object of inquiry. The idea is that by cultivating perseverance and patience, a scientist can potentially be more successful in achieving the internal epistemic goals of science because such virtues allow him/her (as a single person) to observe more carefully and reliably natural phenomena. However, this is hardly a realistic picture of science, especially contemporary science.  As it is practiced today, science is a communal endeavor. Do virtues regulating social relations have an epistemic import? In this post, I will argue that yes, social virtues do have epistemic imports. By focusing on the Thomistic virtue of justice, I will show how just scientists can potentially be more effective in achieving the epistemic goals of science than unjust scientists. This post draws extensively from a work-in-progress I am co-authoring with Emily Dumler-Winckler, my colleague at the Center for Theology, Science and Human Flourishing.

In a Thomistic sense, justice is that virtue that helps its possessor to establish what he/she owes to others. What one owes to others will change according to the context. In very simplistic terms, once we establish the context (in our case, the context of scientific practice and collaboration), cultivating the virtue of justice will help a person to understand how to regulate his/her relations with other people. Justice is composed of different parts such piety, observance, truthfulness, or affability, and each of these parts is specifically tailored to identify what one owes to others according to the different types of relations that one can possibly establish in a specific context. For instance, piety is the virtue of honoring in the right way those to whom one is indebted, while observance is the habit of giving honor to those who deserve it.

The literature on science and values in the philosophy of science (in particular the contributions of feminist standpoints or values) shows indirectly how the virtue of justice can actually have an important epistemic import. Let’s consider Alison Wylie’s important work on archaeology and in particular her work with Lynn Hankinson Nelson. While the context of the article is different from the context of this blog post, such a study might be re-described by showing how parts of the virtue of justice can potentially improve the quality of scientific research. Let’s see how.

According to Wylie and Hankinson Nelson, the growing body of feminist commitments in American ethno-archaeology in the 1970s and 1980s is related to the growth of a body of heterogeneous theories and hypotheses that systematically undermined theoretical pillars of the archaeological community. Feminist commitments have fostered a process through which “a growing number of women (and some men) (…) identif[ies] and question[s] gender-conventional assumptions that underpin archaeological thinking about the cultural past. This has reframed and enriched archaeological research at all levels of practice” (Wylie and Hankinson Nelson 2007, p. 64).  Feminist values and sensibilities influenced the creation of alternative theories – based on pretty much the same data sets – that were so far unconceived. This phenomenon can be reinterpreted by claiming that archaeological research has become more just and that scientists in that field have started to give others their due, in particular by taking seriously contributions and perspectives coming from researchers endorsing the feminist tradition. Take for instance the part of justice called truthfulness. Sharing information and ideas is essential to promote pluralism of theories within a scientific group. This can be done only if members of a scientific group strive towards an attitude that takes seriously contributions coming from traditions that may be alien to the present status quo. By cultivating truthfulness, women in archaeology have benefited from a more inclusive environment in which to develop alternative theories. For instance, a more truthful environment, such as archaeology in the 1970s and 1980s, had the force “to counteract the assumption that women’s activities are archaeologically inaccessible because they are associated with ephemeral and perishable materials” (2007, p. 64). Challenging this assumption has produced an explosion of alternative theories in the field. Moreover, the fact that several assumptions of male-oriented archaeology have been undermined and then refuted show how it is important to cultivate properly virtues such as piety and observance.

Through gender sensitivity, archaeologists have started to question “the wisdom of countering ‘man the hunter’ with ‘woman the gatherer’ scenarios” (p. 67). For instance, Wylie and Hankinson Nelson report the example of a study by McGuire and Hildenbrandt, where these scientists “argue for a reinterpretation of California sites that provide evidence of long-term reliance on and change in the practice of milling acorns and other plant resources. They argue that this evidence of milling should be recognized to reflect a consistent pattern of relatively undifferentiated gender roles” (p. 67), rather than stubbornly analyzing the site in light of ‘man the hunter, woman the gatherer’ assumptions. A proper recognition that certain assumptions may be challenged and revised in light of new approaches and data sets can potentially promote a more just environment, because people develop the habit of properly honoring a specific tradition, by recognizing that such a tradition should not be immune to critics or modification. Piety and observance can develop the attitude that being part of a tradition means also striving to improve it, instead of blindly relying on its pillars.

In conclusion, it seems that being more just in the context of science fosters the creation of an environment where more theories can flourish, even if those theories may undermine the received view on a particular field. Pluralism about theories does not mean necessarily more adequate theories, but in principle this situation can achieve the internal aims of science more efficiently than in an environment where alternatives are systematically repressed, as it may happen in an unjust context.

Originally published by Emanuele Ratti at ctshf.nd.edu on December 15, 2016.