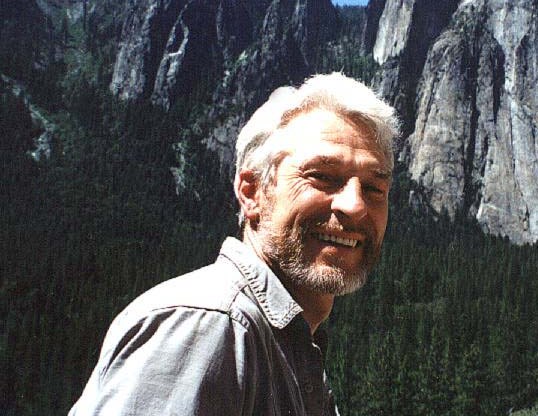 We talk about science on a daily basis, but we rarely qualify in detail what we mean by ‘science’. This is the kind of issue that interests philosophers. My impression is that today most philosophers would subscribe to some version of the disunity of science thesis. In a nutshell, this holds that there is not such a thing called Science—let’s say a core method, or a toolbox—that unifies all the special sciences. However, I am also sure that most philosophers would admit that there might be some (very weak) sense of the unity of Science—and not just historical, but conceptual as well. After all, the very existence of a (general) philosophy of science presupposes the existence of its subject! But there will be Science only in some sense that is not purely epistemic. One attempt, among the others, of characterizing Science comes from Bas van Fraassen.

Let’s start with the book. In The Empirical Stance, Van Fraassen further develops his views about empiricism. Empiricism is usually characterized as a philosophical doctrine, namely a set of beliefs according to which there is no a priori knowledge or that all knowledge comes from experience. In the early parts of the book, he criticizes this position, and he adds that empiricism could not be that. According to Van Fraassen, empiricism should not be characterized as a philosophical doctrine, but rather as a stance, defined as an “attitude, commitment, approach, a cluster of such” (p. 47) towards factual hypotheses and empirical investigation. In particular, empiricism is a positive attitude towards science, “[b]ut this admiring attitude is not directed so much to the content of the sciences as to their forms and practices of inquiry” (p. 63). Empiricism shows itself through the “strong dissatisfaction with explanations that proceeds by postulation” (p. 37). James Ladyman interprets the empirical stance as, prima facie, an attitude towards factual claims characterized by fallibilism (see my post about Popper) and open-mindedness. Given fallibilism, the empirical stance—while it is a positive attitude towards Science—is not dogmatically attached to scientism. Van Fraassen identifies this latter attitude as the materialistic stance. In particular, materialism “is not identifiable with a theory about what there is but only with an attitude or cluster of attitudes. These attitudes include strong deference to the current content of science in matters of opinion about what there is” (p. 59). I decided to focus on Van Fraassen because very recently he gave a talk at the conference, The Quest for Consonance, hosted by the Center for Theology, Science and Human Flourishing at the University of Notre Dame. While he was responding to a question from the audience, he noted that he considers himself quite ‘old-fashioned’ because he supports the view that there is really a thing called Science and in some strong sense. I remembered I read about this some years ago in his book, The Empirical Stance. Hence, I re-read the relevant parts of this book, and I realized that its key issues are very close to the philosophical interests of the project Developing Virtues in the Practice of Science. This is because, in my understanding, Van Fraassen seems to characterize Science as a set of practices characterized by a specific conceptual structure and motivated and guided by certain cognitive dispositions, rather than being just an abstract and vague ‘method’ or a set of (justified true) beliefs about nature.

Therefore, Science is (or it should be) an inquiry driven by the empirical stance. This inquiry is characterized by a specific practice called objectification. Van Fraassen distinguishes three sense of ‘objectification’. The first sense is called objective distancing, namely, scientists distance themselves from what they are studying, by seeing their inquiries as constituted by objects. A second sense is called objective neutralization that is, a progressive isolation of human interests and values from the scientific inquiry. The third sense of objectifying an inquiry is by constraining an inquiry beforehand by delimiting its domain (e.g., quantities, objects, etc.), by making this domain as independent as we could from our interests. Van Fraassen recognizes the importance of all the senses of ‘objectification’, but he focuses especially on the third. In particular, delimiting the domain in terms of ‘qualities’ and ‘parameters’ to be considered for physical description is interpreted by Van Fraassen in terms of a methodological discipline. While the list of parameters and qualities of science may change (i.e., their ontologies), the methodological discipline “shaped modern science even while the list of ‘primary qualities’ kept changing” (p. 162). Therefore, we have a cluster of attitudes, cognitive dispositions, and methodological discipline that inform a practice with a specific structure (objectification) which contents change over time.

This account has its own limits. Van Fraassen himself recognizes that his framework neither includes the whole empirical science nor is it strictly peculiar to it. However, “it is both typical of the empirical sciences in their normal stage and constitutes the content of familiar demands for objective, scientific inquiry” (p. 173). In the project Developing Virtues in the Practice of Science, we start with similar ideas about the nature of science. We consider science as a communal practice, characterized not only by specific epistemic and social dynamics but also guided by specific cognitive dispositions. The empirical part of the project is aimed at shedding light on which cognitive dispositions characterize science. In other words, it seems that we are digging into the idea of empirical stance in the scientific inquiry by specifying what its cluster of attitudes is.

Originally published by Emanuele Ratti at ctshf.nd.edu on April 13, 2017.