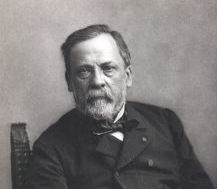 Many perceive theological and philosophical analytic distinctions to be merely academic showmanship, and not so much entertaining as tedious at that! I hope to disabuse some of these notions by considering the importance of an ancient and medieval distinction between intellectual and moral virtues that has been largely abandoned, or denied rather, by contemporary virtue epistemologists (especially of the responsibilist sort). For thinkers from Aristotle to Aquinas, this distinction was used to make sense of everyday observations about human character and agency. The distinction remains just as important for thinking about the virtues of science today.

Scientists will need both the intellectual and moral virtues to perfect the practice of science. But distinguishing between the two helps us to make sense of several exemplars of intellectual excellence in science, who do not at the same time exemplify the moral virtues. The following examples show that distinguishing between the intellectual and moral virtues helps us to account for the apparent virtues and vices of certain prominent modern scientists and to describe the variety or range of virtues that would perfect practitioners of science today.

Consider Louis Pasteur. He has been the subject of recent debate among virtue epistemologists. A prominent nineteenth century scientist, Pasteur is famous for his germ theory, one of the most significant discoveries of his time. Linda Zagzebski praises him as an exemplar of the virtues of originality, creativity, and inventiveness. Many of his greatest discoveries stemmed from intuitions that he could not initially substantiate with evidence. Alternatively, Cedric Paternotte and Milena Ivanova use Pasteur to support their claim that intellectual vice can and often has led to scientific success (Ivanova and Paternotte, Virtues and Vices in Scientific Practice). Pasteur repeatedly tried to thwart the efforts of his colleagues, Felix Pouchet and Charlton Bastian, to confirm spontaneous generation while hiding his own data which supported their theory. Furthermore, his notebooks suggest that Pasteur’s theological belief that new life could only be generated by God influenced his belief in germ theory and his opposition to spontaneous generation.

Paternotte and Ivanova do not accuse Pasture of being completely intellectually vicious or deceptive. Nonetheless, that Pasteur, “partly led by self-interest and bias,” withheld information that did not support his germ theory, they think, indicates that “behaviors motivated by epistemic vice have led to epistemic success in the history of science" (Ivanova and Paternotte, Virtues and Vices in Scientific Practice). Intellectual vice leads to intellectual success—who needs intellectual virtue?!—or so this story goes.

But it is better in this case to specify, as Zagzebski does, the intellectual virtues that led to Pasteur’s success, while admitting that moral vices may have led him to deceive his colleagues. In this sense, Zagzebski is right: where we find scientific success, which is often easier in hindsight, we can be sure that intellectual virtues were present. It seems that Pasteur had excellent intuitions about scientific knowledge and theological beliefs, even if he did not always have the evidence to back them up. His bias (again theological and scientific), far from a vice, turned out to be right. Intellectual virtue in natural science (as in theology) does not consist in being unbiased. Rather, it consists in being rightly biased about the evidence, learning to trust one’s best intuitions, and imagining new ways of interpreting the world.

The fact that Pasteur was not always forthcoming with his colleagues or the public may have stemmed from vice. But we would need to know more about his reasons or motivations for withholding information before determining whether they were virtuous or vicious. For the sake of argument, let us say he was viciously dishonest or deceptive. Still, this is a moral vice, a matter of injustice, not an intellectual or “epistemic” vice. He owed it to his colleagues, or to the public, to tell the truth.

So too, James Watson and Francis Crick, who in 1953 made public their discovery of the structure of DNA. They had certain intellectual virtues needed to perfect one aspect of scientific practice, namely this monumental discovery. But like Pasteur, they seemed to lack moral virtues that are important for scientists to possess, given the communal and social nature of scientific practice (Michelle G. Gibbons, Reassessing Discovery: Rosalind Franklin, Scientific Visualization, and the Structure of DNA). They treated Rosalind Franklin unjustly—examining her crystallography without her permission, denying her credit or honor for her role in their research, and treating her poorly on account of her inconvenient feminist aspirations.

Virtue responsibilists have good intuitions about the interconnectedness of the moral and intellectual life. They are weary of theories that fail to recognize that we knowers and believers are agents, that we form judgments and beliefs within specific communities and contexts, through social practices and activities. So too, many historians, philosophers, and anthropologists of science (particularly of natural science), have as of late insisted that science is best understood as a social practice. Scientific knowledge, for all of its universal aspirations and attainments, arises within particular communities and traditions of scientific practice. Scholars in each of these fields have a shared interest in the growing literature on the virtues of science. If science is a social practice, the virtues are those habits that would perfect its practitioners. The classical distinctions between the intellectual and moral virtues and the parts of the soul do not undermine, but rather reiterate this picture of the human knower as agent and practitioner.