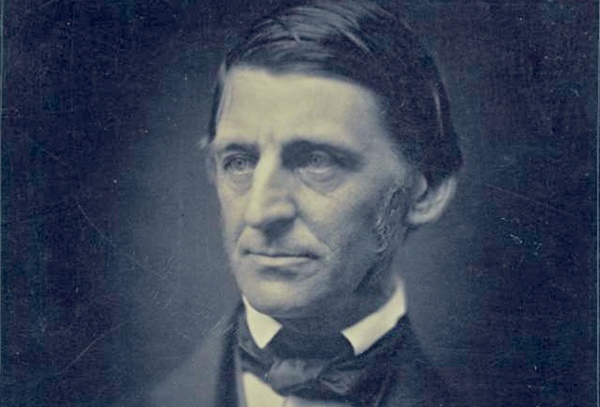 Ralph Waldo Emerson declared in his Divinity School Address (1838) that it is by “the religious sentiment” and “not by science or power,” that “the universe is made safe and habitable.” He and his fellow transcendentalists were eager to embrace the insights of the second scientific revolution of the nineteenth century. Nonetheless, they were also keenly aware of the limitations and dangers that attend certain modern scientific practices and Enlightenment views of nature—views that emphasize our power to dominate creation and its creatures. The modern temptation is to think that it is by this form of knowledge or power that the world is made safe and habitable. But, in fact, it has had quite toxic effects. Much of Emerson’s work is devoted to a consideration of the virtues and religious sensibilities that moral agents would need to overcome this alienation, to make a home of the modern world we inhabit.

Emerson may be the proto-theologian and theorist of the Anthropocene par excellence. He saw with piercing clarity the power of human beings to shape and be shaped by the natural world for better and worse. Indeed, the “subtheme of savagery in nature and in man” runs the gamut of his work (See Robert D. Richardson, Emerson: The Mind on Fire). For this reason, Emerson is keenly interested in the virtues needed to perfect human beings and their relation to nature.

The natural sciences and religion are two of the primary modern social practices that shape our relationship to nature for better or worse. Emerson helps us to think about the virtues needed for the perfection of each. Indeed, both will be needed, even if, as Emerson insists, science and power alone cannot make the world safe and habitable. Emerson’s insights about virtue and the “religious sentiment” shed light on how we moderns might make a home of such a perilous world, a world indelibly marked by science and technology.

First, Emerson helps us to understand both modern natural science (then called “natural philosophy”) and religion as social practices that require the virtues for their perfection. This view challenges the prominent conflict myth and territory metaphors used to depict the relation between science and theology today, Emerson suggests that, “Engineer, broker, jurist, physician, moralist, theologian, and every man, inasmuch as he has any science,- is a definer and map-maker of the latitudes and longitudes of our condition” (Emerson, “Works"). By “science,” Emerson means demonstrable knowledge. If we think of every person who has any such knowledge as a cartographer of our condition, we might think of practitioners of religion and natural science as mapping particular aspects of our condition. “Genius,” for Emerson, “is the naturalist or geographer of the supersensible regions, and draws their map" (Emerson, “Works"). The genius of whatever stripe, whether theologian, poet, or “Man of science” (he would never adopt the term “scientist”) acquaint us with the supersensible regions of the religious sentiment.

Emerson was well attuned to the promises and perils that would accompany the professionalization of science already well underway in the nineteenth century. Modern scientific practice, and conceptions of modern science, are both sources of attitudes—of habits, feelings and dispositions—toward nature.  Some of these that seem to be necessary for excellence in science can have noxious effects. For instance, a disenchanted attitude toward nature is in some sense a virtue among scientists.  To some extent, nature must be regarded as inert matter if it is to be dissected and known, predicted, and controlled.  Yet this attitude has had various (and obvious) unwelcome effects. Left alone, unaccompanied by the religious sentiment or the virtues that perfect the scientist as a member of various moral communities, this attitude threatens to do more harm than good, to impede rather than enhance human flourishing and the common good.

Ultimately, Emerson adopts the insights of modern science while resisting the view that nature is subsumed by modern science, that there is in the world no grace, however sacred or secular. In light of the dangers of a certain modern scientific disposition to nature, a moral theology that provides a modest re-enchantment will be crucial for our shared future. This moral theology enables moderns to recognize the full spectrum of normative demands in nature and to cultivate the virtues most fitting for agents who would make a home of such a world. If science helps us to navigate certain features of our world, it cannot alone make the world habitable for us. It is only through exercising the virtues of the religious sentiment, that we come to rightly inhabit the universe. The religious sentiment does not make the world safe and habitable by giving us power to control and dominate, by immunizing us from dangers, toils, and snares, but by empowering us to live well, even die well, in their midst.