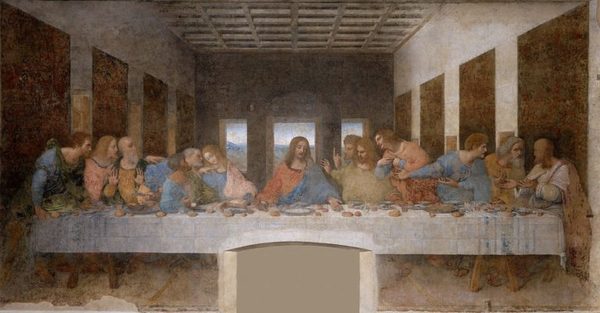 These are the most fundamental questions about the “ethics of science”, and surprisingly enough, the Renaissance painter and inventor Leonardo da Vince wrote about these very questions. In explaining Leonardo’s views, I will follow the lead of the sociologist of science, Riccardo Campa, in his book Etica della Scienza Pura (The Ethics of Pure Science). The book is a history of the ideas about the ethos of science, from the Ancient Greeks to Lyotard. Unfortunately, the book is only in Italian, and hence, it is not accessible to a wider audience. Nonetheless, Campa’s book is very interesting, and I will use this and other posts to disseminate his own ideas and analyses of the ethics of science. Leonardo da Vinci explains his ideas about the ethos of science in the first part of his treatise Codex Urbinas 1270, known also as The Book on Painting. This treatise on painting starts with an introduction that looks like a short essay in epistemology and philosophy of science. In this small gem, Leonardo da Vinci expresses a very common idea in the classical ethos of science: science is about seeking the truth, and the quest for truth is valuable per se. In a particularly noble way to understand this idea, seeking the truth is also what makes human being good human beings.

What exactly is  the value of science in seeking truth? First, we should emphasize something important about Leonardo’s time. Today, we would not say that painting is a science. Leonardo considers painting as a science (he uses the word scienza, the Italian word for “science”) because its aim is to represent the truths of nature, and it makes extensive use of “mathematical instruments” (according to Leonardo, a condition sine qua non for a discipline to be scientific) such as studies on proportions. In this post, I will refer to “painters” as in Leonardo’s text, cognizant that because painting is a science for da Vinci, his comments on painters are ideally relevant also to scientists in the way we mean this word.

According to Leonardo, a science is good to the extent that it can reveal and communicate truths of nature. In the case of painting, that means visual similarity between the representation and the thing represented. (Interestingly enough, one of the most important debates in the philosophy of science today is exactly how the idea of similarity between the model representing and what is represented should be understood in science). Therefore, science has an instrumental value: we use science to discover truth, and truth is valuable per se.

The other small chapters of the first part of the treatise are Leonardo’s precepts that the painter has to follow to do good science. There are also technical precepts, but here I am interested in the ethical ones. First, he encourages young painters to cultivate certain dispositions and habits, such as curiosity and meticulous observation, that, according to him, are essential for doing good science. In paragraph number 62 of the Codex Urbinas 1270, Leonardo also establishes other important precepts that the painter has to follow because of his duty of discovering the truth. First, he has the moral duty of correcting his own mistakes as soon as he finds one. This has the corollary that the top priorities of the painter include neither money nor fame, but rather the representation of the truths of nature. However, he does not say that the scientist/painter should not be rich or famous tout court. Rather, the painter should not become rich and famous at the expense of his own duty qua painter (i.e., representing the truths of nature). Finally, even if the scientist/painter is poor, this must not be an excuse not to strive for the adequate representation of the truths of nature. Therefore, according to Leonardo, representing the truth adequately is a moral imperative, and the only way to cultivate virtue is exactly by obeying such an imperative.

But science is not only instrumentally valuable. He entitles paragraph 65, “The pleasure of the painter.” Since the painter creates beings ex nihilo in an analogous way as God does, “the mind of the painter is transformed into something similar to the divine mind.” He uses the word ‘indiare’, which means “to raise oneself to the Divine dimension.” This means that the painter, by being a good painter, more closely resembles God or at least he is closer to God because he understands the truths of nature created by God. It is not difficult to imagine that for Leonardo da Vinci this activity is constituent of human flourishing, understood as seeking for truth. This means that the practice of science is not only instrumentally valuable, but it is also constitutively valuable since it is part of human flourishing.

Originally published by Emanuele Ratti at ctshf.nd.edu on August 25, 2016.