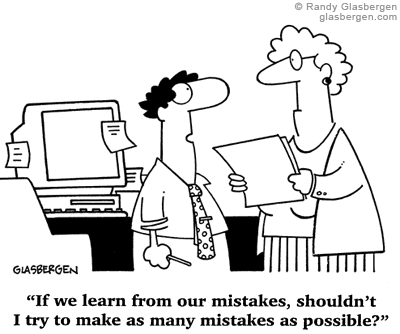 I have spent many happy years in laboratories – first as a student, then as an independent researcher – and I am often asked by colleagues in the humanities what it was like. What do I remember most about training as a scientist and working as a cardiovascular researcher?

The contrast between the individuals that people expect me to talk about, and those whom I feel had the most influence in my scientific development, has been on the forefront of my mind for sometime. I keep returning to the question of why we, as scholars of science, do not pay more attention to the individuals in laboratories that perpetuate traditions of responsibility and trust. Thus, this blog post pays tribute to these “unsung heroes” in scientific research through examining the idea of daily exemplars.It is often surprising to them – as are their reactions are to me – that I rarely talk about the “big issues” in my field, the influential scientists I’ve had the privilege of working with, or the social impact of my research. Rather, I talk about the grad students, technicians, and overwhelmingly generous colleagues who taught me techniques and showed me how to act as a scientist on a daily basis. These are the people who showed me how to be a responsible scientist and how to become a caring and consistent laboratory researcher.

The importance of “exemplars” in teaching virtuous behavior is a fundamental aspect of virtue ethics. The value of these individuals in the virtue tradition not only lies in their potential to teach, but on their providing a pattern for virtuous behavior that informs subsequent generations. By studying their lives, actions, and decisions, students are able to better understand how virtues are integrated into daily life.

In discussions on science and exemplars, the discourse has – of course understandably – focused on the distinguished roll call of influential scientists. Individuals such as Albert Einstein, Marie Curie, and Nils Bohr (just to name a few) are regularly used as case studies for science students. Their careers are used to highlight how specific virtues can be harnessed over the course of a career to the benefit of the scientific community and the service of humanity. The identification of high-ranking exemplary scientists has recently been operationalized by Robert Pennock and his team from Michigan State University in their Scientific Virtues Project. In this project, they identified exemplary scientists through membership in the National Academies and other major disciplinary honors for involvement in future qualitative research on the virtues important in scientific practice.

While these exemplars occupy an important position in discussions on scientific virtues, the scope of their utility must also be recognized. These exemplars are identified by their success, their long-term career trajectory, and their peer-recognition. Thus, it is important to recognize that these individuals represent an idealized and inspirational image that may be difficult to emulate to science students and early career researchers. Indeed, while it is important to bear the “big picture” in mind, it is also important to recognize that the often overwhelming pressures of daily research may push these inspirational ideals to the back of one’s mind and work.

To revert to my original concern, we must ask whether the use of exemplars in understanding science should be limited to individuals that inspire us on the “grand scale” or should we be asking whether they should play a more fundamental role in teaching virtuous conduct of responsible research? In sorting through this conundrum it is important to focus on the daily routines of scientific research. Day-to-day work within a laboratory involves a plethora of different activities. Conducting bench research, organizing samples and data, ordering and maintaining the resources of the laboratory to process and evaluate data. Contrary to many preconceptions of science, a high majority of these activities are not learned within a classroom, but instead through peer and colleague supervision and mentorship. Thus, to use a term from Harry Collins, scientists acquire the tacit knowledge necessary for effective research not in a classroom, but from observing their colleagues in the lab and learning through example.

In the same way that all small actions eventually lead to bigger consequences, how scientists learn these routines has a direct impact on their virtuous qualities. Learning to clean up after yourself in the laboratory, to be meticulous in your management of data and samples, to thoroughly question your research parameters and biases, to be liberal in your approach to time, resources and expertise — all of these (and so many more) directly activate specific virtues and thus cumulatively lead to virtuous behavior.

It would therefore appear that to truly understand the virtuous nature of scientists it is also important to question how they learn the routines that develop these virtues. This draws attention to the notion of daily exemplars – the technicians, fellow students, and mentors that provide examples of excellence in specific routines that serve as models for the scientists they teach. These individuals could exhibit excellence in the way that they:

In contrast to the “big picture exemplars”, these individuals are often not the PIs or high ranking scientists associated with the laboratory. Instead, these individuals are often technicians or early career researchers that provide a consistent presence in the laboratory through generations of students and ensure that the working practices of the laboratory are perpetuated. Therefore, I suggest that they play a vital role in cultivating virtues through ensuring that the daily routines of science are learnt, enacted, and perpetuated with excellence.

Thus, while the “big picture” exemplars provide us with some understanding of virtuous science, it is important not to overlook the critical role that these daily exemplars play in fostering virtues amongst scientists on a daily basis. Indeed, by activating these little “ripples” of virtues it is undeniable that we can cause an eventual tsunami of responsible practice. So, let’s hear it for the daily heroes that teach future generations of scientists how to act with virtue within the lab!

Originally published by Louise Bezuidenhout at ctshf.nd.edu on July 13, 2016.