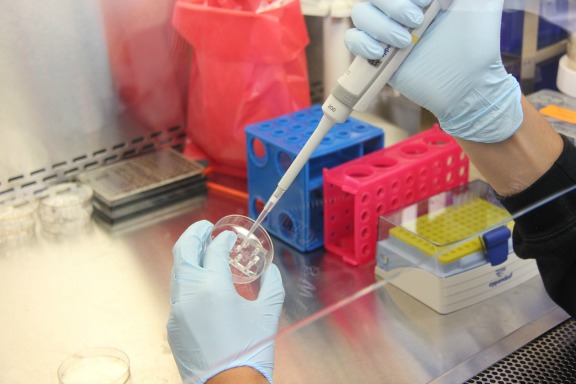 What is the connection between the work of a scientist and the development of their inner or religious life? I know that some would deny that there is any sense of religious practice present in the vocation of the scientist, but I don’t think this is the case. I hope to give one account of where I think the practice of science may have a unique way of developing an inner religious life of contemplation. I will illustrate this by looking at a short essay called Down-to-Earth Contemplation written by Josef Pieper.

As with Pieper and a broader Christian tradition, the fulfillment of our ultimate desires takes place on the other side of death. This beatitude (happiness) takes the form of seeing, which is typically called the vision of God. Although intended for us after death, this happiness is closely related to our earthly existence in this world. At the heart of what is being described above is a way of thinking about the human person that suggests that we are designed for, and desire ‘vision’ and this is true to such a degree that the extent of our happiness is only as great as our capacity to engage in contemplation.

Here Pieper helps draw out some of the underlining assumptions of the above claims of traditional Christianity. Firstly, seeing and contemplation are at the heart of the Christian idea of what it means to be human. Looking deeply at a rose or marveling at the wonder of the stars are not incidental to who we are; they address a deep human need, a need that is essential to our human nature. This connection between seeing and contemplation implies that we are capable of visionary knowledge and that our means of ascertaining the nature of reality does not consist solely of working with concepts and intellectual assertion. Making a further connection between knowledge of intellectual assertion, and knowledge and seeing, the spiritual knowing power of the human mind, as emphasized by ancient and medieval thinkers like Plato, Aristotle and Aquinas, is really two forms in one, ratio and intellectus. Ratio is associated with discursive reasoning while intellectus is concerned with experiential and visual knowledge. All knowing involves both. “The path of discursive reasoning is accompanied and penetrated by the intellectus’ untiring vision, which is not active but passive, or better, receptive – a receptively operating power of the intellect.”1 This celebrates the simple act of looking at things as a legitimate means of obtaining knowledge.

Contemplation implies that not only does the act of vision that takes place beyond death exist, but because the world is the creation of God and that he is present in it, the object of the beatific vision can be glimpsed, however imperfectly, by means of earthly contemplation that includes things that are perceptible to the sense. Pieper writes that it would be “impossible to exaggerate the concreteness of this vision.”2

So, how does this relate to the relationship between scientific practice and the inner and religious life? In my opinion, scientists have a unique opportunity to ‘look’ at creation, and thus God, within their profession. Whether the object of science is something that is observable through a microscope or a telescope, the possibility for that contemplative moment of awe is part of their daily life and work practice. I am sure that there are moments when scientists look at the observable world through their senses, whether that be the beauty of some specific chemical reaction, or the observation of animals in their environments that causes them to, even if just for a moment, take a moment’s pause and ponder with amazement at what they have encountered. From the other direction, interestingly, contemplation is at the heart of scientific practice because it involves an intense focus on a particular object in nature, and thus science is a kind of religious practice in this sense. What is so fascinating about this is that the object of science encourages contemplation, and the practice of sciences strengthens the scientist’s ability to be contemplative.

What we are seeing here is that the traditional idea of contemplation does not just take place in a monastic cell. We participate in contemplative practices and experience contemplation more often than we realize. Many of the experiences we have in our everyday lives are worthy of legitimate praise, as these little experiences are a foretaste of perfect happiness in the next life. Allow me to end with one further quote from Pieper that will indicate how contemplation as seeing objective reality and science may relate to the inner life. He writes, “every object shelters and conceals in its depth a sign of its divine origin. He who beholds it sees that this and all things else are good beyond all comprehension. He sees it and is happy.”

Originally published by Nathaniel Warne at ctshf.nd.edu on May 15, 2016.