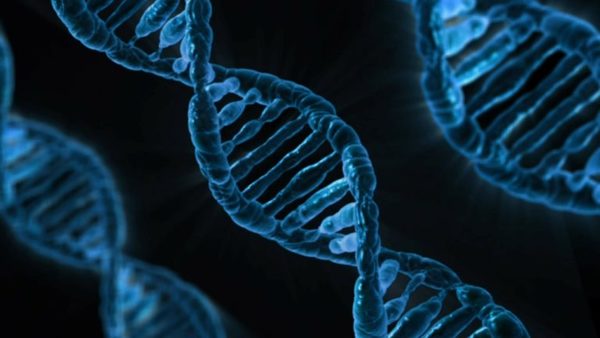 This post is about questions for which I have no answers. Such questions are about the use of genetic editing on human embryos and the connection of this practice to the idea of human flourishing. By ‘genetic editing’ in the context of this post I mean any technique that aims at modifying DNA to correct allegedly harmful DNA variations. Recently, a group of Chinese scientists have modified the DNA of human embryos and, as a result, the issue of genetic engineering on humans has exploded again.

However, this time the issue is far more pressing than previous iterations, because we are not talking about sci-fi, but procedures we can do right now.

Understanding this process has created a powerful biotechnological tool because it is relatively easy to design a crRNA to target any type of DNA sequence at any genomic location. Moreover, the process works not only in prokaryotes such as bacteria, but also in the more complex eukaryotic cells (those with nuclei) that comprise plants and animals. By designing new crRNA and by exploiting other mechanisms of DNA-repair in cells, you can correct or change DNA sequences in a relatively quick and cheap way across the full range of organisms. And that opens new avenues for genetic engineering on human beings.The group of Chinese scientists have used a new technique called CRISPR-Cas9 which is often described as a revolutionary technique for biotechnology. That’s not just hype: CRISPR-Cas9 really is creating a revolution. Like many biotech inventions (discoveries?), CRISPR-Cas9 started with the observation of a curious biological phenomenon, in this case some interesting features of the immune systems of many bacteria. Bacteria have short and highly specific pieces of RNAs called crRNAs that are complementary to the sequences of DNA of viruses that invade bacteria. Due to this complementarity (and for many other biochemical reasons), crRNA recognize foreign DNA, namely, the DNA of invading viruses. They also have the ability to guide a class of endonuclease (proteins that cut DNA) called Cas proteins to the virus DNA. Cas proteins (the most famous is Cas9) can then cut the DNA of viruses targeted by crRNAs. (for more information, click here).

For example, the CRISPR-Cas9 system makes it possible to inactivate genes or correct mutations that are related to genetic diseases. Most genetic diseases are the result of mutations acquired during lifetime, and CRISPR-Cas9 tools can correct such mutations or structural variations. Examples of such research include that on disorders such as Wilson syndrome, spinal muscular atrophy, or oculocutaneous albinism. In principle, such diseases can be prevented by the use of CRISPR-Cas9 by modifying germ line cells (egg and sperm which combine to form an embryo).

But the use of the CRISPR-Cas9 in humans has also re-ignited a long-standing debate on the ethics of modifying human embryos. For instance, in this commentary, Lanphier and colleagues list all the risks connected to the modification of human embryos through the CRISPR-Cas9 system, such as the fact that it is difficult to establish whether Cas9 will cut the genome in just one locus and, if it does, predicting the consequences is very difficult. Other ethical issues are central. Specifically, what if such tools lead to a dystopia where rich people can become ‘super-humans’ or where you can select traits for your own babies in a similar fashion to choosing the ingredients of your sandwich at Subway? What if a government decides to plan a long-term positive eugenics policy?

Let’s assume for a moment that we can solve all these problems. Let’s say that we have a super safe CRISPR-Cas9 tool and that we have solved all the related ethical issues. It might be utopia, but grant me that for the moment. Are we still missing something? According to Erika Check Hayden’s commentary on Nature, we are. She reports the example of Ruthie Weiss. Ruthie is a child who, due to a mutation in one of her genes, has oculocutaneous albinism. One effect of such genetic disorder is that she is almost blind, since her visual acuity is ten time worse than average. However, when Ruthie was asked whether she wished her parents had corrected the mutation responsible for the disease, she gave an interesting answer. She firmly said ‘No!’ Due to her disease, Ruthie has cultivated a specific virtue, namely, perseverance. Since she wanted to play basketball but due to her vision she was so bad, she practiced as much as she could and now she can play. It is because of her disease that Ruthie, in a sense, has flourished as a person with a specific virtue (that is, perseverance). So, why do people think that we should use CRISPR-Cas9 to correct germ line cells while Ruthie does not? There are uncontroversial cases where the use of such tools has a clear appeal (for example, when the genetic diseases lead to premature death). However, for other cases the common-sense view is that people with certain disabilities cannot flourish. Ruthie has a disability because she is almost blind, but she does not think about her disability the same way we look at it. Sometimes it seems that, by disability we mean a malfunction of our body that prevents us from flourishing as human beings. But this is not the way Ruthie sees it. This raises difficult questions.

First, it raises a question the relation between a common-sense view of ‘normality’ and human flourishing. Does ‘normality’, in the basic sense of deviation from a mean, in this context pose constraints on the possibility of flourishing, so that if we are not ‘normal’ (in the sense of having certain ‘disabilities’) we cannot flourish? On what basis do we draw a line between what is normal and what needs to be fixed with genetic engineering? But if flourishing is a personal thing, should we be more pluralist about flourishing and admit that people develop certain virtues in a unique way according to their traits and environment? What is more specifically the role of such traits and environment? Moreover, in the literature about virtues there is an emphasis on the fact that virtues are difficult to cultivate and that’s what makes virtues praiseworthy. So, what should we think about tools such as CRISPR-Cas9 in relation to this issue? Do these tools aim to eliminate all the (or at least physical) ‘so-perceived’ impairments related to flourishing, thereby preventing the possibility of virtuous traits?

Originally published by Emanuele Ratti at ctshf.nd.edu on May 15, 2016.