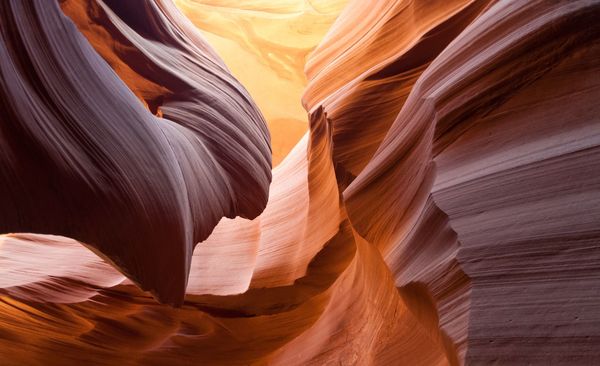 Scientist—objective, detached, and cold? It might be easy to stereotype scientists as intellectuals of a rather unfeeling sort, striving as they are to develop “objective” knowledge and understandings of the things they are studying and seeming likely to cultivate a cold impartiality. However, in conducting roughly sixty interviews with scientists, a different picture emerged. These scientists often describe warm relationships with colleagues and with the objects of their study—e.g., their sense of wonder about animals or plants. They also maintain, almost universally, an intense curiosity about nature, often connected to a recognition of the, at times surprising, beauty of what they study.

Goods internal to a practice are the positive consequences that emerge from engaging in an activity for its own sake—reading out of a desire to learn or spending time with others to grow closer and enjoy their company. Goods external to a practice include positive consequences that have no necessary connection to the activity, such as, in science, wealth, and social status. Virtue ethicists often assert that goods external to practice are not the ideal motives for virtuous activity. This does not mean they are against wealth and social status, but rather that they see them as ideally a “side-effect” of being virtuous.This may seem like an aberration or a potential problem for scientists. Drawing on interviews and relevant psychological theory, I sketch a constructive account of curiosity and warmth as valuable qualities for an excellent scientist. Psychologists have long acknowledged the importance of curiosity and other forms of interest to sustained motivation. Research on passion among athletes and interest as important to academic success are two examples. Further, in one classic study conducted with preschoolers’ (Mark Lepper et al., “Undermining children’s intrinsic interest with extrinsic reward: A test of the “overjustification” hypothesis,” Journal of Personality and Social Psychology, 1973, Vol.28(1), pp.129-137) interest in particular toys or activities was actually undermined by certificates given to students for their play. Similar findings abound in the psychology of motivation and in behavioral economics, with rewards leading to worse performance on complex tasks. Concerns about interest and sensitivity to incentives have a clear relevance to virtue ethics and consideration of the “goods internal to practice” (e.g., establishing new knowledge in science or developing a new technology in engineering) and “goods external to practice” (e.g., financial rewards).

Scientists themselves, by and large, share a similar view. They are worried about the current conditions for beginning a scientific career. These conditions are seen as encouraging dull and unsurprising science. This includes, for example, writing minimally novel papers with flimsy findings and careerism (seeking a great position more so than trying to improve science). In contrast to this, the good scientist, they say, is curious and interested in understanding for its own sake—as a philosopher might say, treating understanding as an end in itself. The good scientist, on this account, is fascinated with what he or she is studying, thinking about it even outside the lab, dedicating long hours to laboratory work, and being willing to make personal sacrifices for the work and the benefits it may have for science.

What is the root of this curiosity? In my most recent interviews, two possible roots for such curiosity emerged: mystery and beauty. One source of mystery is natural phenomena, everything from ecosystems to molecules. In describing what mystery means as a scientist, a common refrain was that mystery is something that a scientist can, by engaging with curiosity, chip away at developing deeper understanding while maintaining an appreciation for the incredible complexity of what is being studied. In a similar way, when responding to questions about beauty and science, many scientists mentioned the beauty of nature and the organisms they or others study, everything from the beauty of an ecosystem to the surprising beauty of cancer.

All of this seems to provide scientists with an opportunity to experience themselves as part of something larger, such as the scientific enterprise, or simply being awe of something wonderfully complex. As a psychologist, I see this as a particular expression of relatedness, a basic psychological need typically associated with social relationships. Scientists, it seems, are particularly attuned to their relationships with, and understandings of, natural entities and find such relationships meaningful and motivating. Perhaps, then, psychologists need to more fully consider the diversity of experiences and expressions of relatedness as a psychological need. Through this, we might better understand the curiosity of scientists and their intense commitment to their research.

Originally published by Timothy Reilly at ctshf.nd.edu on September 10, 2018.